A Christmas to Remember

Some Christmases stick out more than others, don’t they? Like the Christmas you received exactly what you were pining for, like a fish tank with real fish to which to tend. The Christmas your brother cut his head open on the edge of the coffee table after jumping on the couch, causing you to throw up in anxiousness for him. The first Christmas you spent away from home. The one where you walked down the aisle to your groom. The Christmas when part of your family was unemployed and Christmas, albeit slightly different, was the most meaningful and simple. Or the Christmas you were waddling with a watermelon-sized baby in your belly and your house flooded two weeks before that baby was supposed to make his grand appearance. Most of those memories emote giddy excitement and sweet nostalgia, while others (namely two) spark nausea. And if there’s any question about which two, well, let me just say blood and flood.

This Christmas I’ve entered into new territory. That melon-sized baby is no longer in my belly (thank the Lord), but is rather a two and a half foot moving target with eyes that light up at the sparkly lights and whose fingers love to grasp hold of the cushy needle-pointed nativity figures on the coffee table. There is so much to savor, to capture. Brennan won’t remember his first Christmas, but with the simple wonder of watching a child during Christmas, it certainly makes it, for me, a Christmas to remember.

These are just a few things I treasure thus far this season: 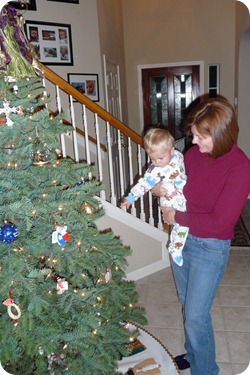 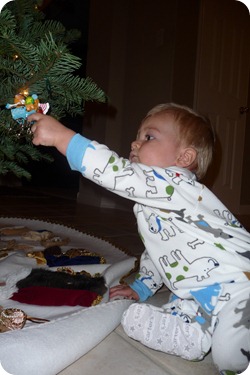 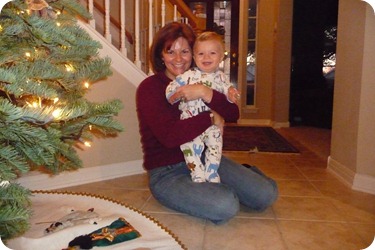 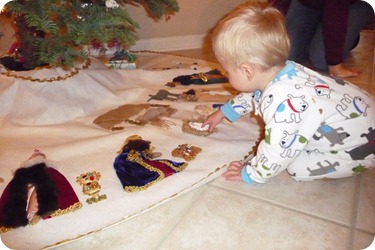 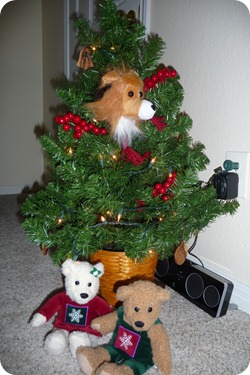 Here’s Brennan’s first ornament for our big tree from my parents and the one below it is one I found at Hallmark to mark his first Christmas. 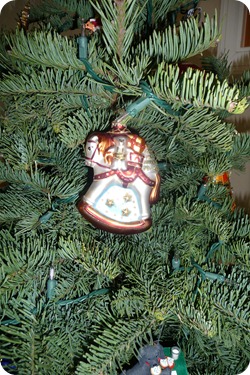 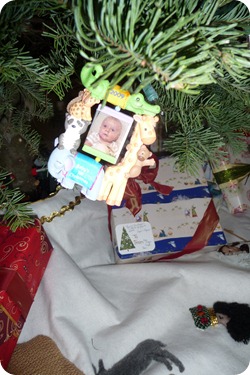 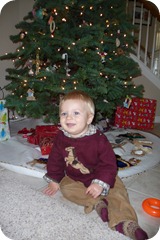 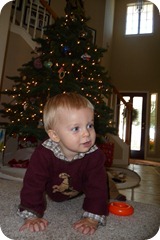 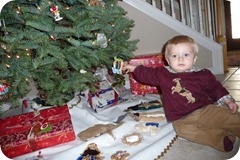 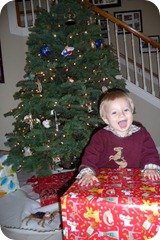 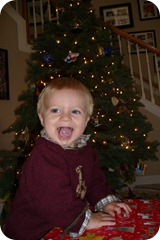 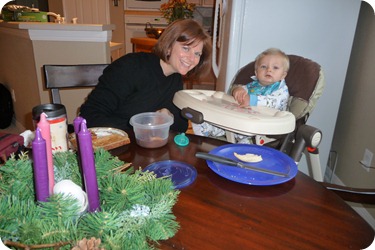 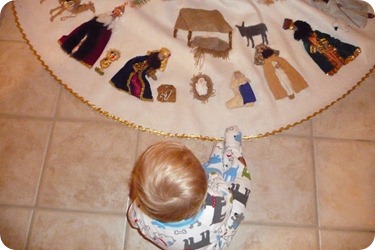 What are some of the things you’ll treasure about this Christmas so far?

I am assuming that by 'We', you met Alabama! :) Regardless, this was one of my favorite posts ever and I love his maroon sweater!

Isn't it wonderful how special holidays are with children around! I am just loving having my family around, and seeing how excited both kids are to decorate and bake for the holidays. This is my favorite time of year!

Seriously, everything about this post warmed my heart!!!!!! Beautiful :)