It’s already a week after Christmas, but it feels just like yesterday when we were all together in San Antonio with my folks and Mac and Julie. My parents’ place was beautifully decorated with both new, bright baubles to discover, like the miniature Christmas trees adorned with personal touches that graced each of the guest bedrooms (rocking horses, toy soldiers, and trains were on Brennan’s tree), as well as aged decor that has been in my family’s home for years. Even some of the older displays had new touches though, such as this Santa. The number of names on there has nearly doubled over the past ten years (Brennan’s name is on the bottom right in blue). 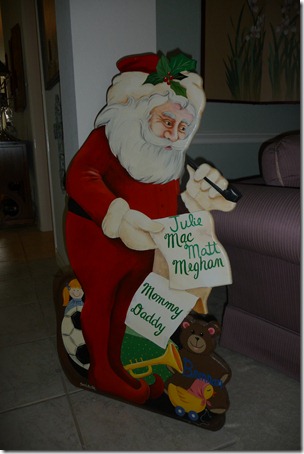 Brennan and I had some special “just Meems” time before the rest of the party crowd arrived. Our favorite morning was Wednesday when we left the house shortly after Brennan woke up and went to Starbucks for coffee and hot chocolate; the grocery store where Brennan LOVED riding face-forward in their special race-cart, driving with his feet; and Chick-fil-A for their amazing breakfast burritos I recently discovered. I could eat those everyday. 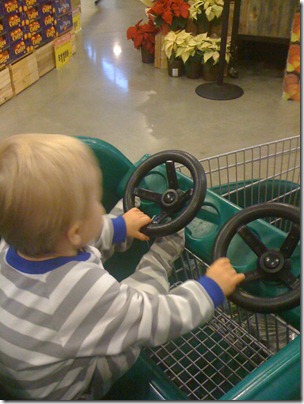 The festivities really began when Mac and Julie arrived on Christmas Eve. Last February, my Momma and I bought Brennan’s Christmas Eve outfit on sale; it’s been hanging up in his closet for nearly a year and he finally got to wear it! 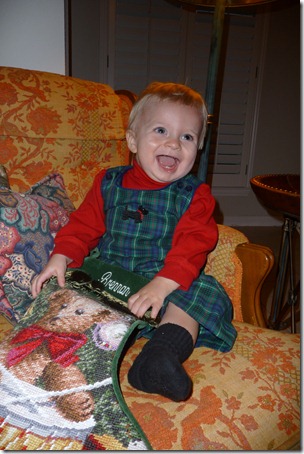 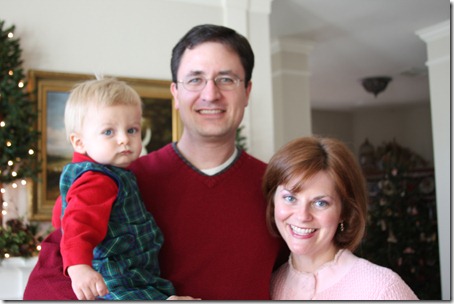 It’s an annual Christmas Eve tradition to open one package, which is always a new set of pajamas to wear that night. Brennan was only interested in his package for this split second. 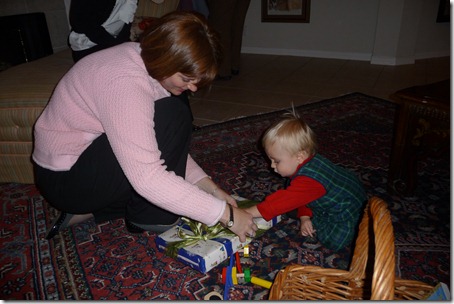 But this year, Matt and I were presented with another gift: a ceramic plate and mug painted by Brennan and Meems. It had reindeer on it made from Brennan’s hands and feet. I could eat off that plate every day of my life and never tire of that red-nosed reindeer staring back at me. 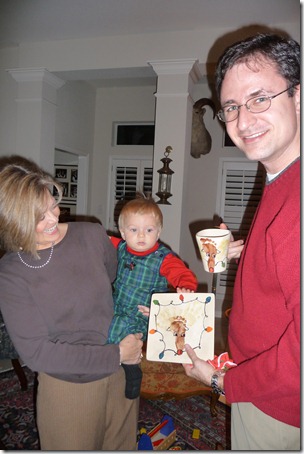 These next pictures capture the essence of this Christmas to me: 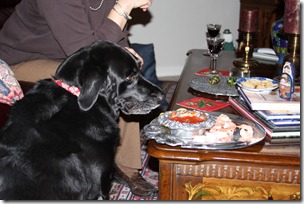 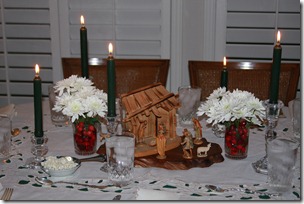 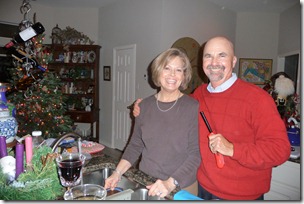 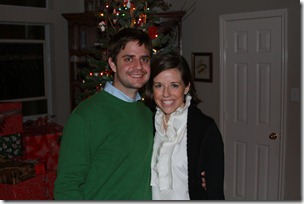 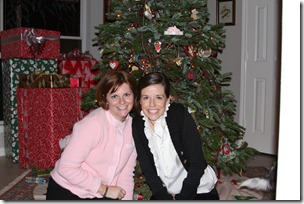 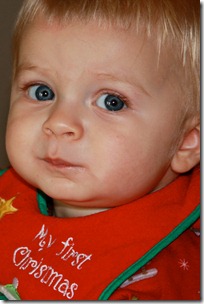 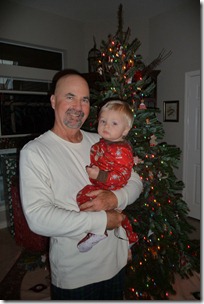 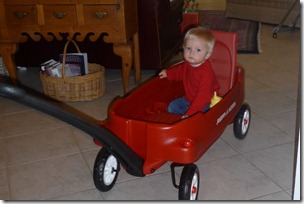 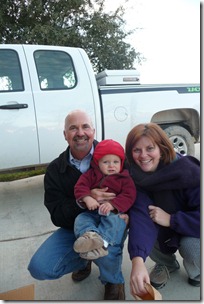 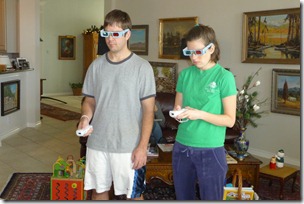 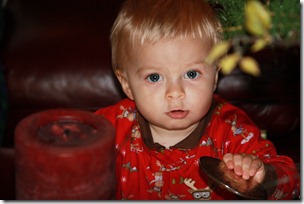 Looks like a fantastic holiday - so much fun with children! Merry Christmas!

Loved having a peek at your lovely Christmas time. What a fun keepsake from Brennan , the reindeer plate and mug. Santa will enjoy his cookies and milk on that for many years to come!

Wonderful! I am so glad you had such a special Christmas.

Brennan is adorable in every picture. Sweet, sweet Molly! You know I love that picture! And that plate is precious! You should display it all year. :)

i wish i could be as cool as that girl in the 3D glasses! it was a super fun Christmas! and now that i notice the names of me, matt, and brennan were added to the santa list I get why Mac didn't freak out like I did when he first saw it.