If you don’t want to look at a bunch of pictures of a blue-eyed, blonde-haired boy for the next five minutes, then feel free to skip this post. I won’t be offended, I promise. It’s just that, well, I realize I haven’t posted in awhile because we were in San Antonio nearly all last week with my folks and I have a lot of picture love to spread around from the last two weeks for whomever is willing to receive it. I’ll break the posts up into two, maybe three different days, just to keep ya’ll on your toes and not inundate you with blue and blonde all in one sitting.

Before the stomach bug of 2010 hit our home, we enjoyed a relaxing weekend and let Brennan indulge in part of a chocolate cupcake that was devoured crumb by crumb… 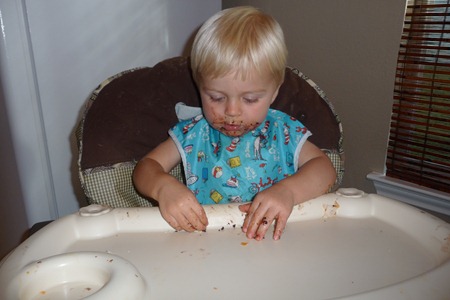 And a bit of the World Cup, which we haven’t had on since because we don’t have ESPN and I can’t find a time where the game is nationally broadcast on plain old ABC. It might just be for the best, ‘cause those vuvuzela horns mess with me!

Enter: nasty, nasty stomach bug. Crackers, Sprite and Gatorade hit the spot. Man, I sure wish I could’ve kept off those four pounds I lost just as easily as I put them back on! 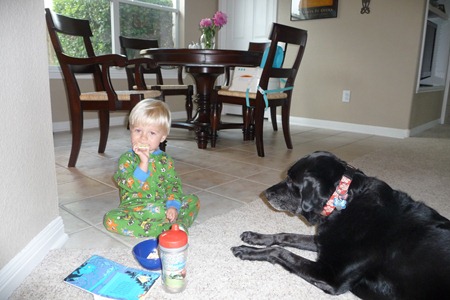 Watching Cars outside while it was still lovely out also hit the spot! 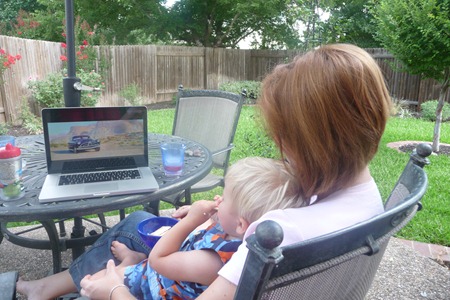 Mighty Meems came to the rescue! 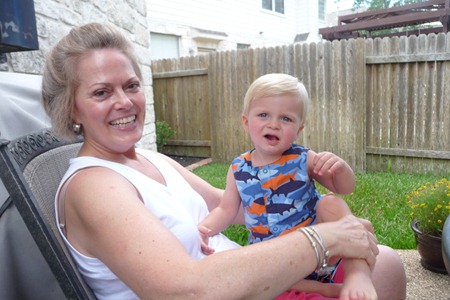 Exit: nasty, nasty stomach bug of 2010! We were quickly onto bigger and better things, like Father’s Day weekend…

Seriously, there could never be too many pictures of that cutie!!!!!!

I'm sorry you had the sickies!!!! He is so gorgeous - I never get tired of looking at pictures of him!