I’m taking a moment to put my feet up, unwind, and breath. A piece of the Apple Dapple cake I made this weekend is my only compadre at the moment. Brennan and Molly are both down for their naps. My little Molly girl has had some complications after her eye surgery a week and a half ago: she has an ulcer on her eye and has to sadly remain in her “Cone of Shame” for the rest of the week. We had plans to celebrate the removal of the cone with some Hey Cupcakes on the way home from the vet, which may I remind you, is a fifty minute drive from our home. So toting a toddler and a puppy across the city multiple times during a week for vet appointments is no small feat! Therefore, it made it all the more reasonable to still get the cupcakes on the way home even though Molly was stuck in her collar. It was actually a lovely afternoon and perfect for a picnic, which we enjoyed on a small rolling hill behind the Sonic in Lakeway. 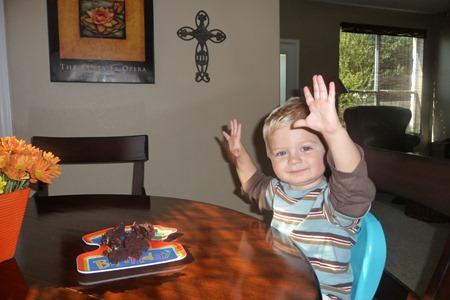 Someone was really excited about his cupcake. And note to self: eat them outside!

I had a couple of scares this past weekend with Molly’s eye and drove to the emergency animal clinic. Once on Saturday, which was a quiet day in the animal ER, but Sunday morning was anything but. I wasn’t prepared for the onslaught of sadness. One family was in there getting ready to put their dog to sleep. Another one came carrying in their five year old Labrador who had bright red eyes and all of a sudden couldn’t see. The poor dog was petrified. Then a young eight year old boy and his dad came into the ER carrying a box which held a little dog who passed away the day before. And to my horror the little boy kicked open the lid of the box to which my eyes suddenly beheld an image which is now burned in my mind. I was having a really hard time holding it together in the waiting room! Thankfully, I left with my precious Molly who is still filled with vim and vigor and whose eye should recover well over the next week.

While Molly had a rough weekend, Brennan had the time of his life. Pops and Meems treated us to a Day with Thomas the Train in Burnet. The guy was fascinated with the train ride! I’ve never heard so many little boy “choo choo” sounds in all my life. We discovered his love for a Legos Ferris wheel and left with some great stamp art. It was a gorgeous fall day and perfect to eat lunch outside at Mighty Fine, watch some football, play at the park, and wrap it up with some Mexican food from Chuy’s. Here are some snapshots of our outing with Thomas. You just get the pictures; I don’t have enough creative juices flowing at the moment to think of captions. Feel free to come up with some of them on your own and leave them in a comment <grin>. 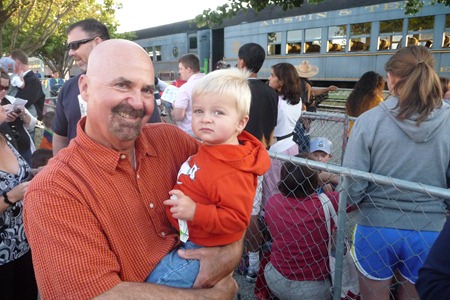 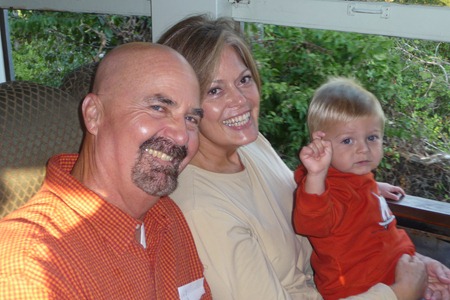 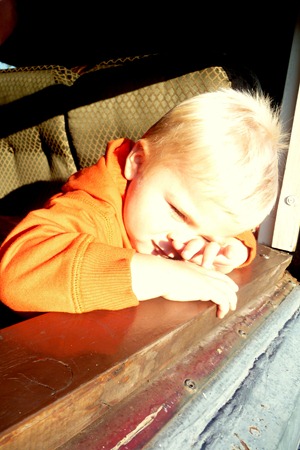 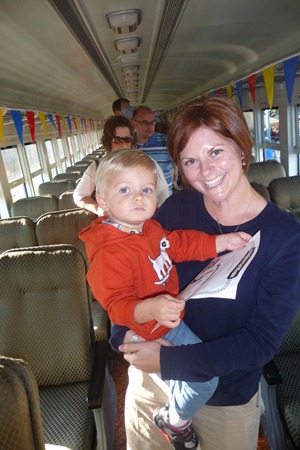 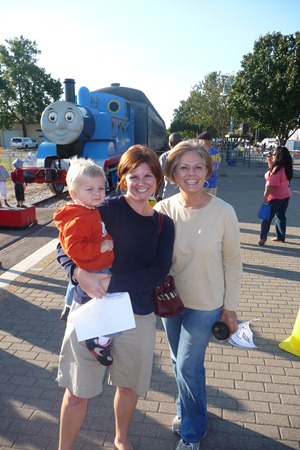 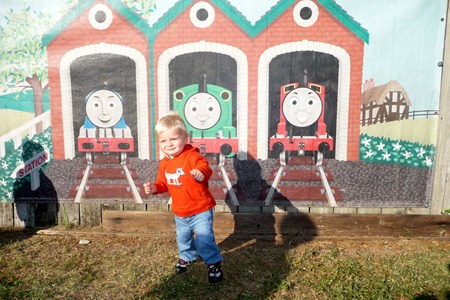 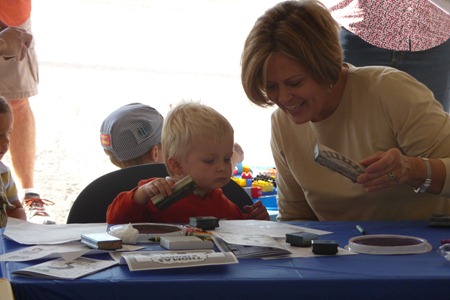 We had a couple over for dinner on Sunday night who is new to our church and also lives in Round Rock. They have a seven week old baby girl and I was amazed at Brennan’s response to her. He kept saying, “baby, baby, baby”, kneeling beside her car seat and handing her her paci when she dropped it. He’s not around babies like that often so I was surprised at how taken he was by her. It was endearing. And don’t let your mind wander with this too much, but it was impossible not to think that Brennan will make an amazing and thoughtful big brother one day.

Tomorrow, guess what I’m gonna have for you? Some recipes! Some wonderful, fall recipes for y’all that are easy and scrumptious. Yeah, like the Apple Dapple cake. It’s all in love, Internet peeps.

Until then, join me in a moment of savoring the simple things of life, like the sweet taste of some cake, the beauty of the day, or the joyous onomatopoeic echos of a train.

That is too fun and you got great pictures!

The picture of Brennan with his head on the sill of the train is precious!

Awww, such adorable pictures!!! We must skype so I can see that precious boy!!!!!!

What an emotional week! Glad Molly is ok! And look at that boy with his Choo Choos! So cute!