I haven’t looked at my blog stats in months, and frankly, I’m scared to look. How long has it been since I’ve posted? If writing regularly is a major factor that keeps blog readers, well, then I expect to have only a handful of readers remaining. Alas, I have been sucked into the time warp that is the end of November to the end of January for me. It begins with Thanksgiving and tapers off with Matt’s birthday, which is the middle of January. Sandwiched in between is our anniversary--we just celebrated our eighth; Christmas, and we all know what that entails; Brennan’s birthday—my boy will be two!; and Matt’s birthday. Time warp indeed. Despite the to-dos which accompany each of those special events, there are additional projects that I’m trying to finish up before too much time escapes me (like getting Brennan’s big boy room ready). But I need a serious jolt of extra motivation. Extra energy. I do not have either right now. The irony of desperately needing those two things is cruel. Creative juices are at a standstill; it’s taken everything I’ve got to start this blog post which will be filled with special moments I want to remember, albeit somewhat mundane. So in as concise a form as possible, here are a few remembrances: 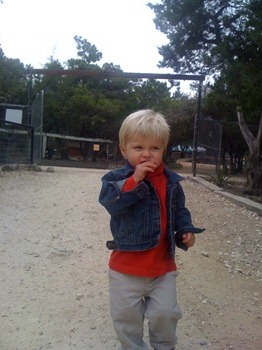 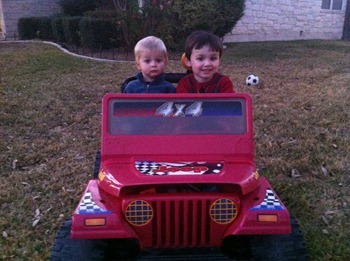 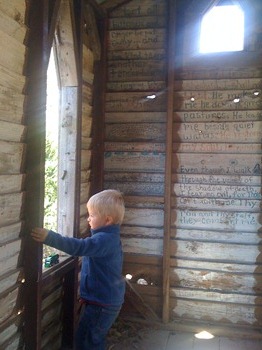 Look closely at this picture. Brennan did not want to leave it. 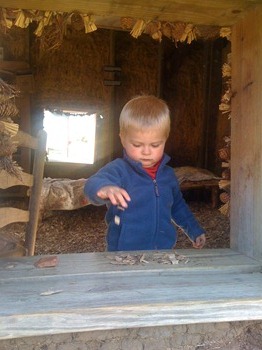 Making “cookies” and “cakes”—one of our favorite things to do at parks with rocks and mulch. 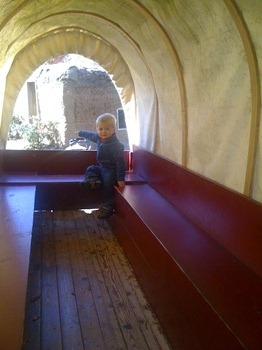 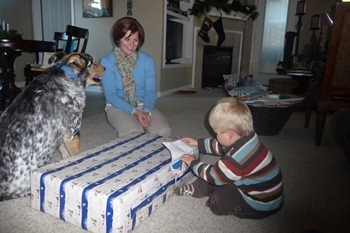 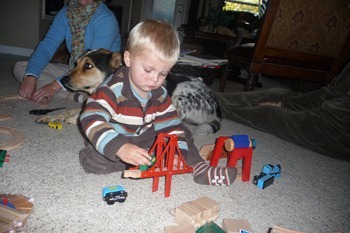 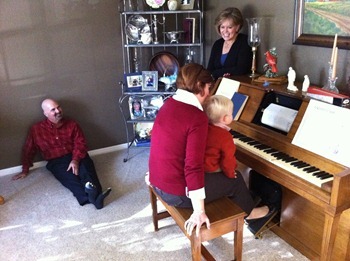 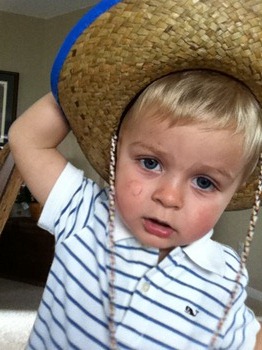 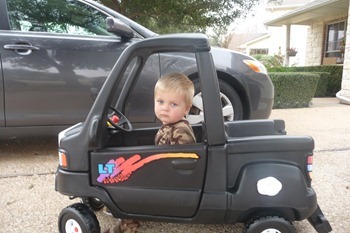 He really was a lot happier than this picture indicates.

Here, this one is better: We left for Virginia on the 23rd and I’ll save a Christmas post run-down for another time. But I leave you with a glimpse: 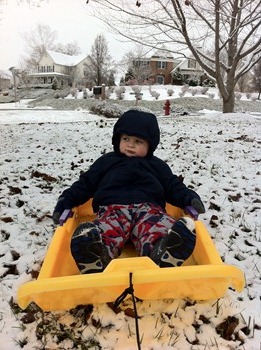 I still have another few weeks of being stuck in the time warp, but until next time, I wish you a Happy New Year! As we all face both the peaks and valleys of 2011, my prayer is that we would have an ever-growing love and trust for the One who knows us intimately, loves us deeply, provides for all of our needs, and suffered just as we suffer, offering us hope, victory, and the blessing of new beginnings. May we see Jesus this coming year and behold Him in the depth and richness of who He is fully.  Love to each of you, dear ones.

Posted at 09:09 PM in Daily Spice of Life, Family, For the Love of Travel, Joys of Parenthood | Permalink | Comments (6)

I'm so glad to see you, my bloggy friend! The pictures of Brennan are precious! How can he be almost two?! Happy New Year!

I am so glad to see you back!

Meg, I totally understand! I've completely ignored the whole blog world since August even though I have things mulling around in my head I want to write about! Maybe I'll make it a goal this year! I love the pics and the recap! Happy New Year sweet friend!

great pictures. Oh and that blue heeler makes me miss my old Sadie so much. I have a red one now.
glad your holiday was good to you.

Thanks for posting...I can't imagine what it is like to run a blog...you do a GREAT job! Merry Christmas and Happy New Year!

I know what you mean about it being a crazy time of year! How cute is that pickup truck!!?!? Happy New Year!

This is only a preview. Your comment has not yet been posted.

The letters and numbers you entered did not match the image. Please try again.

As a final step before posting your comment, enter the letters and numbers you see in the image below. This prevents automated programs from posting comments.

Having trouble reading this image? View an alternate.

(Name is required. Email address will not be displayed with the comment.)