Hello, friends! After a day of resting throughout the day letting Matt tend to Brennan, Matt is now at a University of Texas basketball game with a friend while I’m at home in my PJs breathing a sigh of relief that I made it through this crazy month, albeit not prettily at times. We had a super fun week hosting our dear friends, Corrie, and her two boys, Guy (2 years) and Simi (5 months)! Oh, it was a treasure. They’ve lived in Jordan for about five years and are in the States this year, and we had to take advantage of her being State-side. We’ve been playing hard this week with them and today, Brennan and I both crashed.

As you know, two weeks ago was Brennan’s birthday, and on that Saturday, we had a little party for him. I’ve wanted to post some pictures for awhile, so here a few for your viewing. Matt and I were horrible with the camera this year. We only took a few pictures; most of the pictures were taken by our friend, Chris. Thank goodness he had his camera! I’m sad to say I didn’t even get one of Brennan with Pops and Mees who were there celebrating with us. Also celebrating with us were Chris, Jill, Harrison and Haddie  who drove in from Celina to be with us. We also had a couple more of Brennan’s close buddies who both live on our street: Evan and our friends, Rob, Leah and little Ella Kate, and then Alex and our friends Travis, Cassie and little Eliana.

Originally, the party was supposed to be at a park because in Texas, you’re likely to still have pleasant weather in January. But the week of Brennan’s birthday was the coldest of the year so far, and that Saturday was blistery and rainy. So we moved the get-together to our home. The kiddos had a great time playing, and we adults were able to have some good conversations, too.

For an appetizer, I made a spinach artichoke dip and then for lunch, people had the option of making a variety of sandwiches with different meats and cheeses. I also made a chicken salad from Southern Living that turned out well. Chips, fruit salad and some other sandwich fixins were available. For Brennan’s cake, I had a triple chocolate cake made from Ann’s Kitchen. It was melt-in-your-mouth delicious. Brennan devoured it and even stole some bites from my plate as Matt was lifting him out of his booster seat.

The boys were occupied playing with Brennan’s train set he received for Christmas. Matt had a little too much fun setting it up the night before. 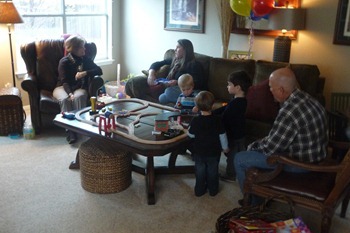 I love this picture of all the big kids eating together. Each one of them is special to our family. 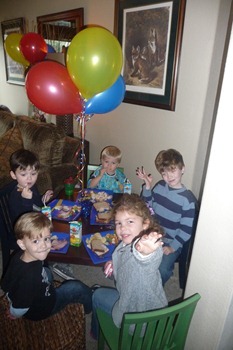 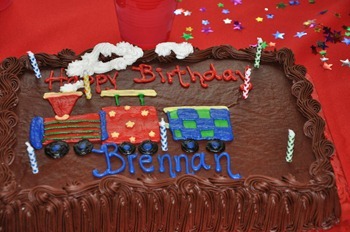 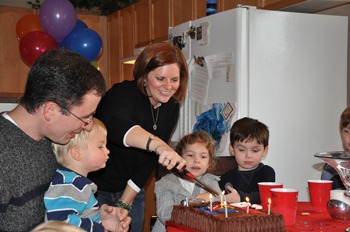 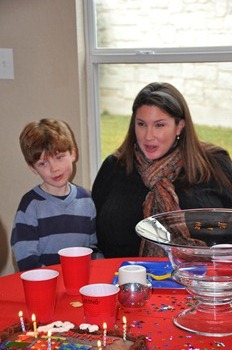 If I remember correctly, Brennan successfully blew out one candle and had help from Haddie and Matt with the rest. I put a random number of candles on the cake to spread them out since it was a large sheet cake. It looked pretty funny seeing as how I could have easily just put two candles on there. 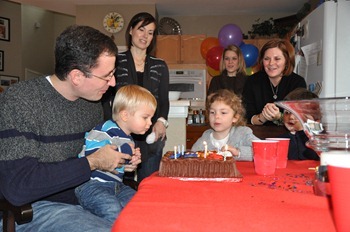 Brennan clapped along with everyone after the candles were blown out. 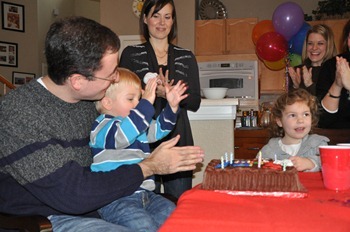 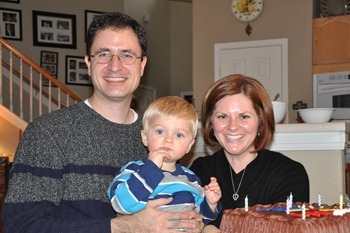 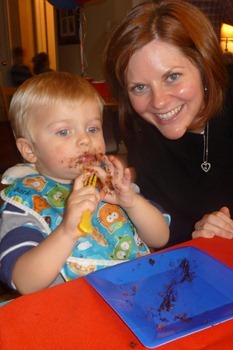 Precious Evan ready for that cupcake. 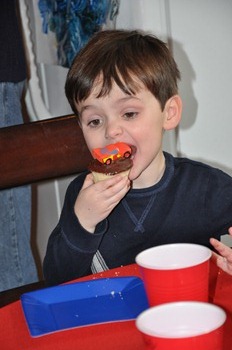 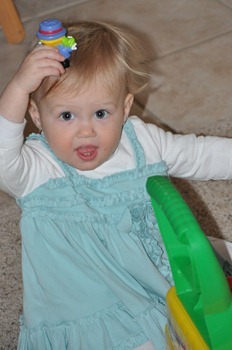 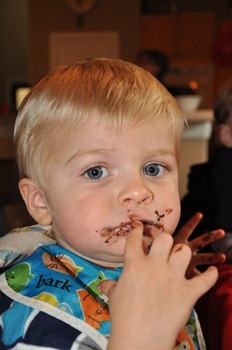 Look at that gorgeous smile. 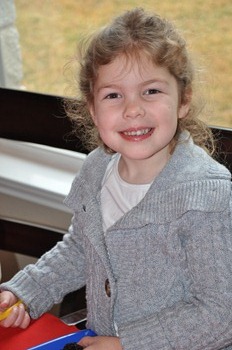 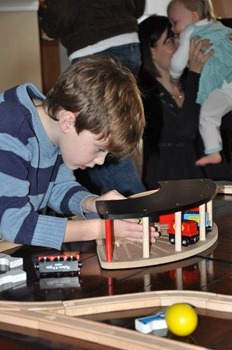 This delightful little guy, Alex, was so excited about Mater, showing him off to Chris. 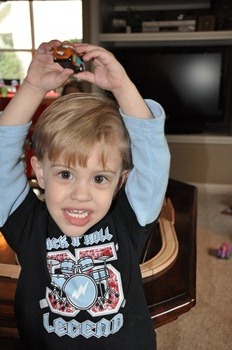 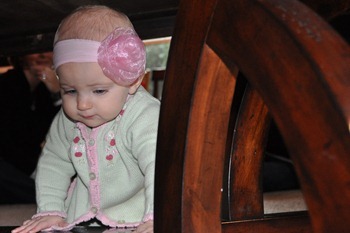 Gettin’ some lovin’ from Jillie. 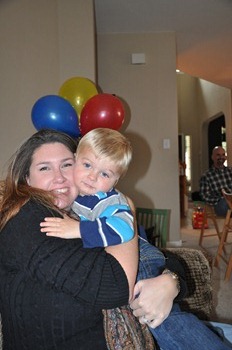 We’re grateful to our precious friends and family who celebrated Brennan’s birthday with us! It was a memorable day watching the kiddos play well together and getting a chance to visit with our friends. And thus, it’s official, we have entered the season of the two’s!

Those are great and the cake looks fabulous!!!

Looks like a fun time for the cute B-day boy & yummy cake! I can just dream how good the icing tasted!