Sunshine. Seafood. Glistening water. Sand. I lack a dazzling adjective for the sand because it’s my least favorite part of the beach. Although the soft, white sands on the Gulf Coast of Florida have the potential to change my opinion about the messy, grainy stuff that sticks to everything.

I am notorious for sitting on the beach and walking around collecting seashells. My imagination goes wild at the thought of all the icky seaweed that entangles my toes and even wilder at the thought of the perilous sharp-toothed sea creatures that would leave me in horrendous pain and dismembered.

Maybe it’s because I was introducing Brennan to the ocean and wanted to pretend I was brave. Or maybe it was because these particular waters were gorgeous and clear without any seaweed until the last day when the wind churned it up, and it also wasn’t very salty. Or maybe it was because the sand was so soft that there was not one seashell to be found. It was probably the combination of the three that allows me to say that I actually ventured into the sea and jumped the waves.

Oh, I had my panicky moments when the waves began to get too high over my 5’6” frame. And Matt had to calm my nerves incessantly after Ed told an awful story of him being swept out of his own dad’s arms while in the ocean when a huge wave came crashing down on top of them. Forget imagining threatening creatures or annoying seaweed, but how do you calm a mother who keeps envisioning her son being swept away at sea!?

For five days, we soaked up the rays and enjoyed splitting our time between the beach and the fabulous resort pool that was my refreshing, sand-less haven. Whether it was the salt water or the chlorinated-water, our boy was an eager fish, working on his kicking, blowing bubbles and wave jumping.

Some moments to remember:

Papa and Nana made a treasure map for Jadon and Brennan to hunt for prizes of beach toys. 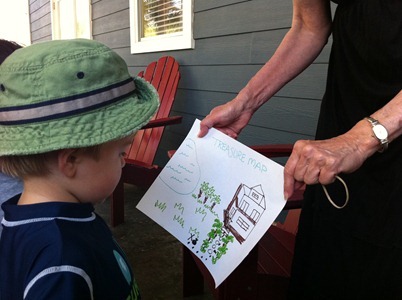 Brennan’s first time to set foot on a beach. Well, it actually took him awhile to want to put his feet down on the sand and in the water… 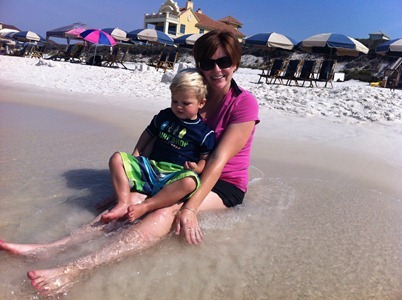 but eventually, he worked his way up to it. 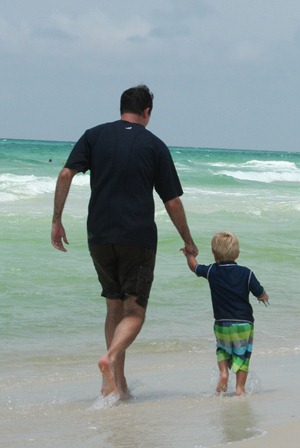 Baxter, a most happy and content little guy, celebrated his first birthday the day after we left. 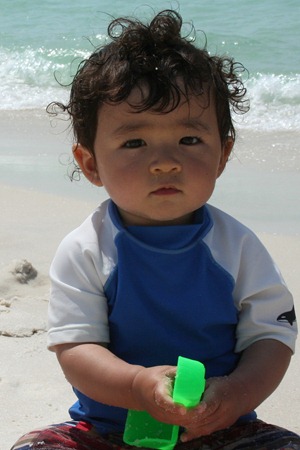 Most nights we alternated between families cooking dinner. The last night we were there, Kim made a fabulous concoction of recipes that I immediately came home and bookmarked: Grilled Corn with Garlic Butter, Feta and Fresh Lime; Grilled Brined Chicken with Chimichurri Sauce; and a Tomato-Watermelon Salad with Feta and Toasted Almonds (a-maz-ing). I ate like a horse that night, helping myself to seconds of everything, including her “Dirt Dessert” with Oreos.

One night was a special birthday celebration evening for Matt’s folks who both celebrated their 60th birthdays this past winter. We went to a fine place called George’s and captured some of the best family photos. 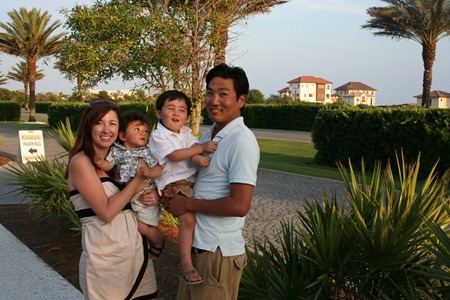 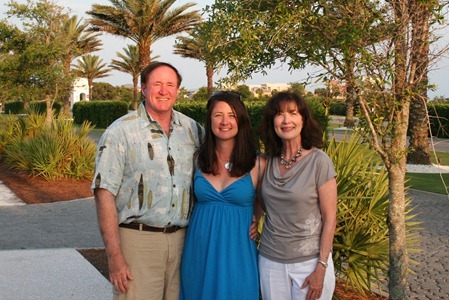 Cousins! Jadon turned three last month, and it was quite entertaining picking up on the personality differences between these two boys. I would personally have described Jadon as mellow the week at the beach, content playing with toys on the beach and just chillin’. At least he was compared to my animated and expressive boy, who Nana said had more energy than she ever remembered Matt having! Did he inherit an Uncle Mac gene, perhaps? Lord, help me if he did <grin>! I’m serious! 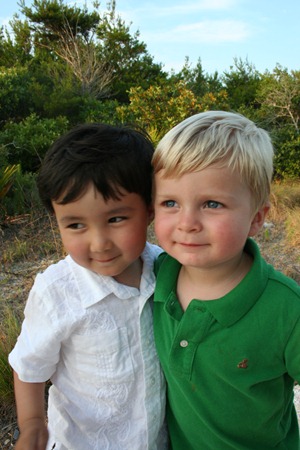 One of the most special and memorable moments of our week in Florida was a night of girl-time. After dinner at George’s, we helped get the kids to bed then the girls surprised me with dessert at an incredible restaurant called La Crema Tapas and Chocolate in a quaint area of town that felt very European. I had the bread pudding with chocolate and caramel sauce. I wished I’d had two servings! The ladies surprised me with girly clothes for Skittles, too. I’ve got to update you with some pictures of these outfits; Skittles received her first pink tutu! I was jazzed up on chocolate and pink.

The additional night out was at Pier Park for some more seafood and a pleasant night out on the town. We discovered on this trip that Brennan likes seafood. He enjoyed crab and artichoke dip at George’s and helped himself to nearly 1/2 lb. of fresh shrimp the night at Pier Park. I made the awful mistake of not giving him small enough bites and well, the result wasn’t pleasant. But it didn’t deter him from eating more.

This picture was taken after dinner, and I find it very amusing! 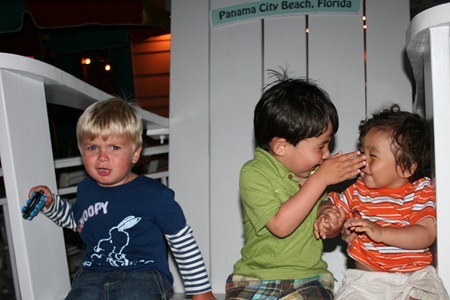 Pier Park had a small amusement park in the middle of all the shops and restaurants. Tom and Kim graciously treated the four of us to a train ride…the perfect ending to a fun night out. 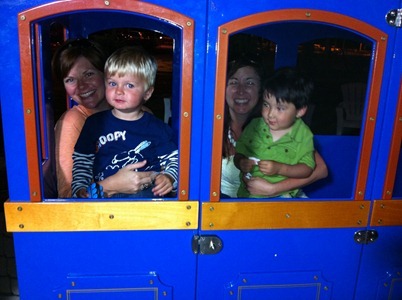 Dear Aunt Melissa. Melissa could only stay with us until Tuesday, but she made the most of her auntie time and loved on the little ones with her whole heart. Brennan was grateful for her lovies! 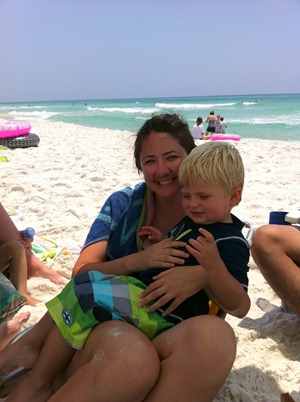 The last night, the one of Kim’s feast, we had a mini talent show. It was very rough with three kiddos under the age of three who hadn’t practiced anything like we intended. But it kept us laughing, and the highlight was seeing Tom breakdance to a Michael Jackson song. If it’s going to be a family tradition though, Papa and Nana need to participate also <grin>!

After the kiddos were in bed, we had a meaningful family time of sharing and praying together. It was an inestimable way to conclude our week that thankfully didn’t involve any knock out waves, treacherous creatures, major sunburns, or seaweed snares…it was just ‘beachy’*!

Posted at 10:05 PM in Family, Foodie, For the Love of Travel, Sporty/Outdoorsy Activities | Permalink | Comments (7)

That looks like it was so much fun!!! I'm with you on the sand! It drives me nuts! You should try camping in White Sands for 3 days!!

Meg, that is a wonderful, wonderful thing your family got to do together!

No, no, no camping in White Sands! It's been forever since I've been there, but camping? I would agree, that sand would drive me nuts!

Looks like a wonderful trip! I share your feelings about the ocean:) I also try to fake it.

Such a fun place to visit! I recently found your blog again after a long time away. Congratulations on your growing family!

P.S. I love your haircut in these pictures. I'm thinking of going short but it's scary.....