Happy Thanksgiving week, dear ones! It’s been way too long since I’ve hopped on here to post somethin’. What better way to give a little update than through some pictures? And an update is sorely needed.

Here are my peeps.

Bare with me as I travel back in time nearly a whole month to Halloween. Pitifully delayed these are!

It took Brennan awhile to warm up to the idea of his costume, refusing to put it on for costume day at his school. But a few nights before Trick-or-Treating, this is what ensued:

You got a glimpse of Buzz Lightyear Space Ranger in the last post, but here is his trusty sidekick, Miss Lady Bug, who snoozed the whole time we were collecting our goodies around the block with some of our best buds. 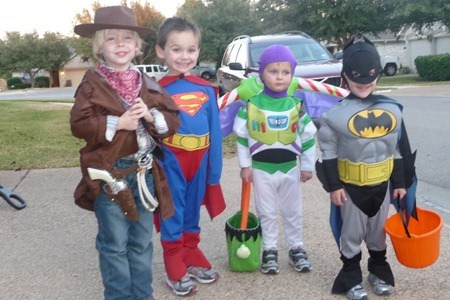 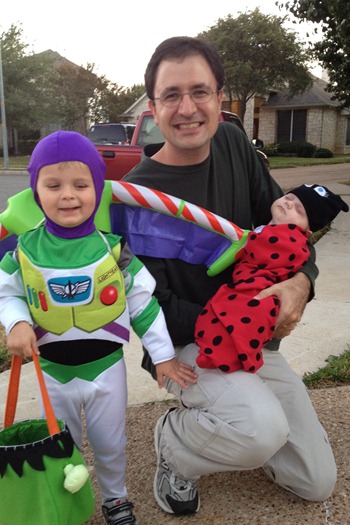 Tummy time is never a favorite, but she sure gives some of her best poses. 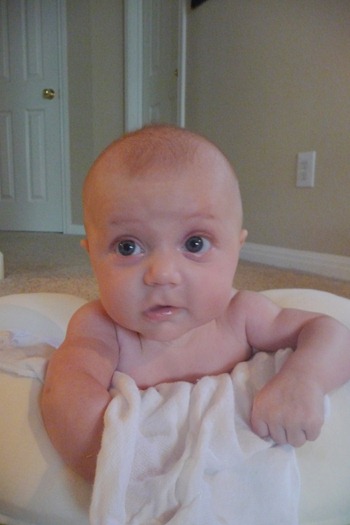 Seeing as how Texas has been in a disastrous drought for the past year, we take advantage of any day where there’s a hint of rain or a slight drizzle. On the way home from church a few weeks ago, it was overcast and sprinkling off and on, which made us want to hunker down as a family with hot chocolate (Brennan calls this “coffee”), good books, football playing in the background, and some lengthy afternoon naps. We picked up our “coffee” on the way home and sat outside talking and playing with the umbrellas. 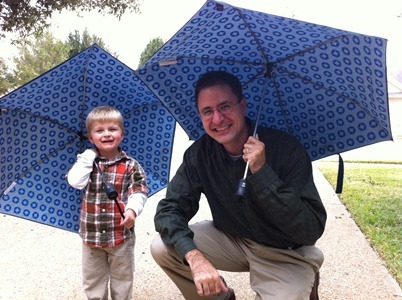 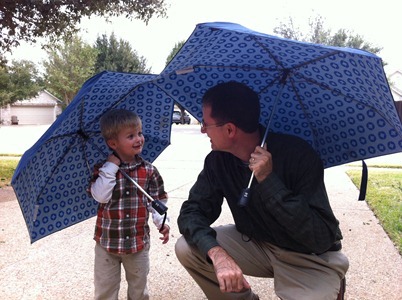 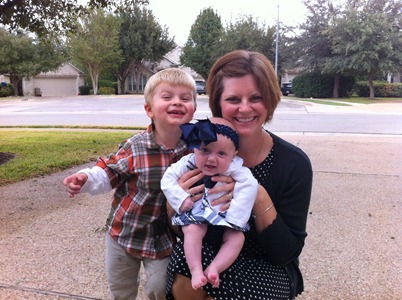 Brennan has become quite the cowboy and lover of horses; for his birthday, he’s asking for that magnificent creature. Case in point: 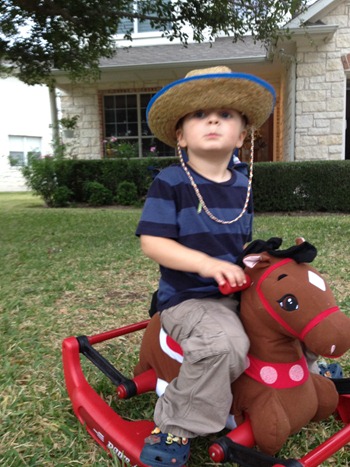 This is not the best picture, but one I treasure. After a rough day that I was nearing pulling my hair out, I attempted to kill time by loading the kids in the car to run an errand.  Wearing his cowboy hat, Brennan pleaded, “Momma, momma, put your hat on, too!” Mind you, it’s my gardening hat, but the sheer delight on his face was enough to put a smile on mine and put me at ease. After all, I am his “Jessie girl”. A couple of weeks ago, we met my dear friend, Sara, and her precious kiddos, Aaron and Abby, at Waco’s children’s museum. She has a lot more pictures, but I snagged just one. We had the best time meeting up again after our first rendezvous a year ago! What a great example of how the Internet can be used for good when you meet precious friends like Sara. 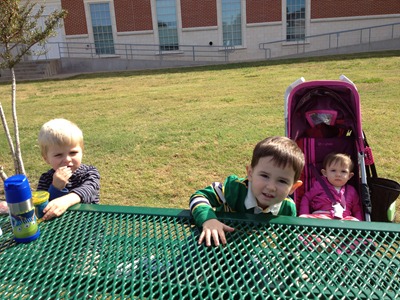 I had such high hopes for this picture. Brennan looked so handsome and Kensington was going to wear her beautiful smocked dress to match. This is the only shot I got because five minutes later, Brennan was in tears after throwing up all on the carpet and his shirt, commencing the seven day battle with a nasty stomach virus last week. Maybe next time. 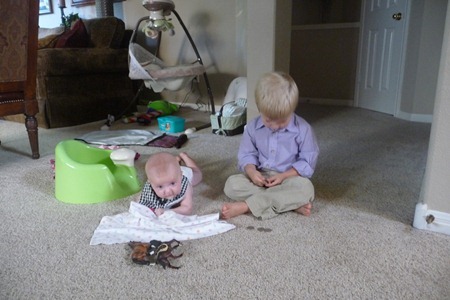 Look at this kid! He looks huge! Recently, Matt and I were going through pictures of Brennan taken back in the spring and mourning how overnight, he changed from a baby to a little man. He made this “nest” pretending to be a baby bird and discovered it made a comfortable recliner. 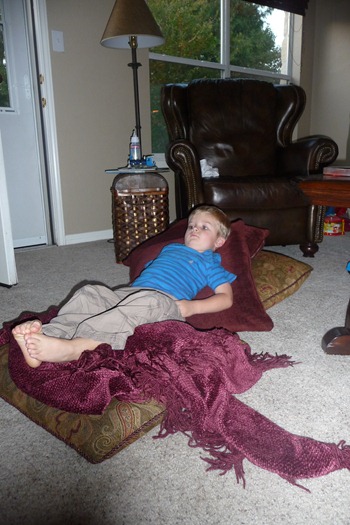 Ever since his last horse ride, Brennan asks incessantly to ride a horse. Matt took the kiddos to Kiddie Acres last weekend where Brennan rode Mary the Horse. He looks like a natural! 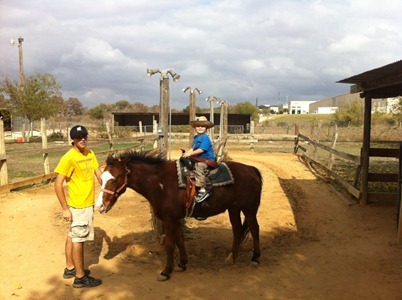 My beautiful Kensie Jane in a lovely dress from her Aunt Kimberly. 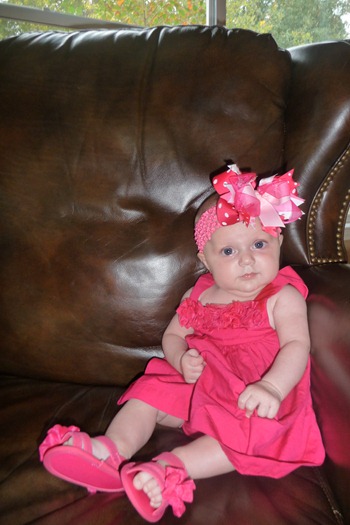 Today was my precious Momma’s birthday! We met her in Dripping Springs and picnicked together. It was a bit chaotic with the high winds, two little ones, and an off-and-on stressed momma of those two, but what a delight and gift it was to be with her on her special day! One of the joys was hearing Brennan sing “Happy Birthday” all the way through on his own for the first time and his excitement writing ‘words’ in her card. We just had to bring home the nest he made <grin>. 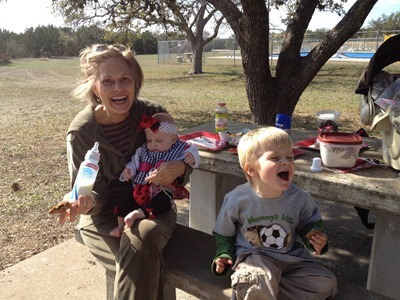 In the likelihood that I won’t be on here again before Thursday, Happy Thanksgiving to each of you and yours! Despite the propensity to be harried this time of year, may we together be renewed in the simple delights of the day and filled with grateful hearts. Never in my wildest dreams could I fathom I’d be gifted with these precious peeps.

That video of Brennan is just precious!! I love to hear his little voice and see his excited! It reminded me of when Alex was Buzz Lightyear (two years in a row!) and how he would run through the house like that. I'm glad to see you guys are doing well, despite the tummy bug! I REALLY need to update my blog...I haven't since August! Ah!

OH MY GOSH! Can the kids be any cuter?!?! LOVE them! Seriously, what precious gifts to rejoice over this thanksgiving! Love the photos, Meghan! Happy Thanksgiving to you and your family!

Thanks for catching us up on everyone! Brennan is getting so big & Kensie so such a sweet little doll! B's expressions are a delight! Hope you all get to celebrate tomorrow!

Brennan is so grown up! Go Buzz!