These are expressions repeatedly heard around our household, mouthed by an exuberant three-weeks-shy-of-being-three-years-old boy, with a big, sheepish grin on his face. The countenance of this child also shows the slightest hint of pride in his parents who make him laugh, because to a three year old man-child, goofiness is the character trait worth gold.

For better or worse, this silliness comes rather naturally to Matt <grin>, but sometimes it takes a bit of effort for this lady who tends to take life a little too seriously. Rest assured though, Matt is a good mentor, and taking one look at Brennan’s gleaming smiles when I let loose encourages my display of silliness.

Two weekends ago we ventured on a two-hour train ride each way to the small town of Burnet, TX to visit Main Street Bethlehem, an outstanding reenactment of the ancient holy city of Jesus’ birth. It was incredible for a number of reasons, including the fascination and anticipation that Brennan had feasting his eyes on Mary, Joseph, and “baby Jesus”. He wanted to get as close to them as he could and sat in front of their manger scene in wonder. The camel was also a highlight to him. And it goes without saying that the train ride was as well.

The adventure back to Austin commenced at 8 p.m., and with a two-hour train ride ahead of us after a long day, Matt and I favored catching some shut-eye and hoped Brennan would follow our example. Kensington was a given. She was snoozing by the time we were twenty minutes from the platform.

Holding Kensie, Matt stretched his lengthy frame out as much as possible and secured himself a comfortable enough position to rest. With Brennan on my lap scrolling through pictures from the day on my iPhone, I managed to power nap, something I consider a super power of mine.

Upon my eyes awakening and adjusting to the bright, overhead lights, a second wind overtook me and it was laden with silliness. And who but Brennan would be the perfect accompaniment to my scheme? Without disturbing Matt and Kensie too much, Brennan and I belly-laughed capturing the following photo-booth shots (that took me a few attempts to explain to Brennan what we were doing): 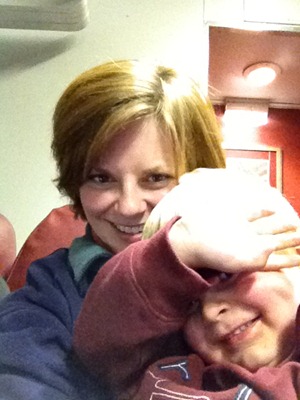 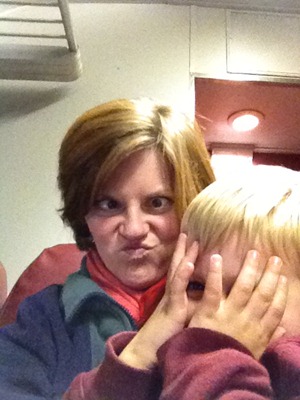 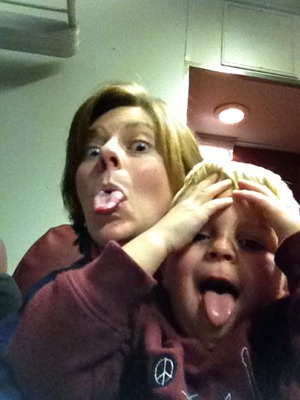 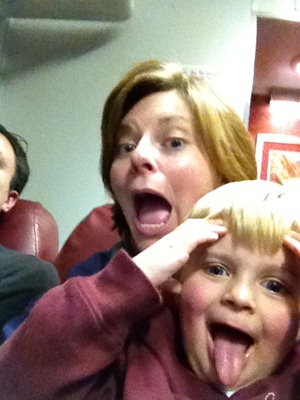 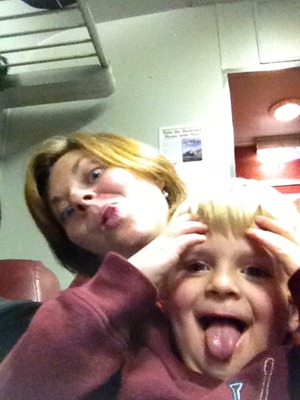 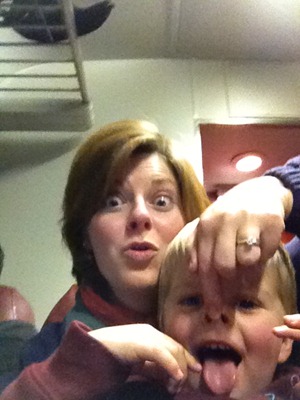 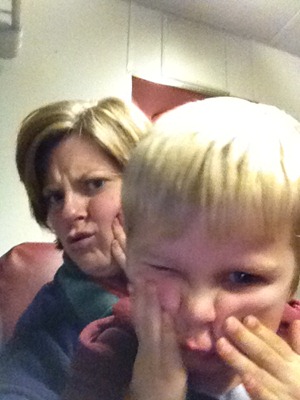 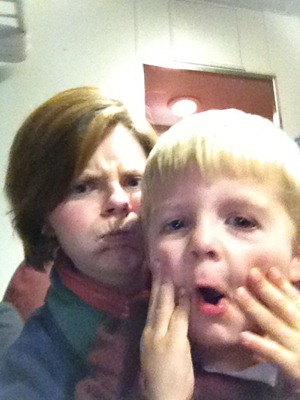 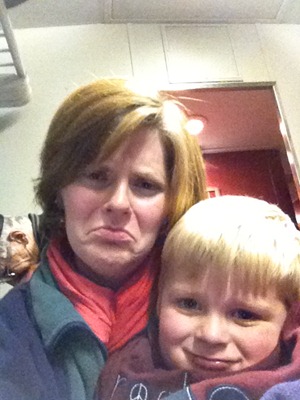 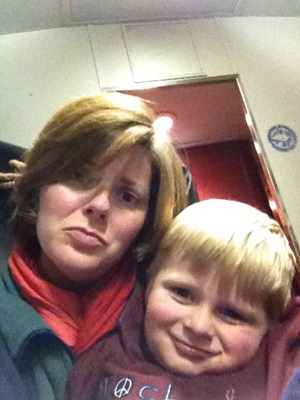 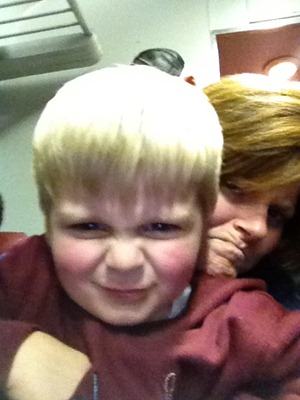 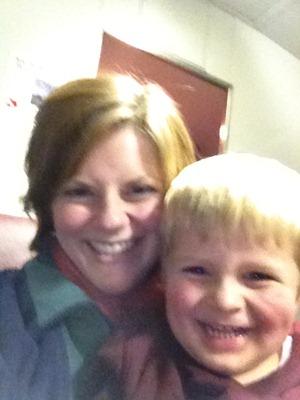 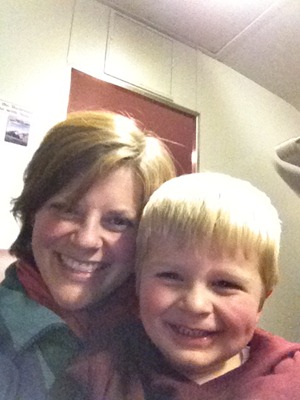 It took much coercion to get him to start making a “happy face” after he was enthralled with the “mean face”.

I was one of Brennan’s most favorite people on the planet after that escapade. Never mind I was only one of three with him that fine, brisk night. At the very least, it made the train ride speed on by. But you know as well as I do, that I could have been on that train for forever and a day without it ever pulling into a station. Freeze-framing time is a super power I desperately wish existed. Alas, I’ll have to settle for my power-napping capabilities and a newly discovered, ever-growing knack for silliness, assuredly a super power in the eyes of a child.

Posted at 09:27 PM in Best of Austin, Daily Spice of Life, Joys of Parenthood, Just for Fun | Permalink | Comments (4)

They look just like the photo booth pictures...and you don't even have to go sit behind a curtain! You being silly makes me laugh! I love that it has taken a little 2 1/2 year old to get you to be silly...another one of his treasures.

Those pictures are fantastic, good job you!!

He looks so grown up in these pictures! I've seen you be silly a time or two. We always get in some good laughs together. Love you!

What fun! Love seeing the silly side!