Home Archives Profile Subscribe
We Made It
My Eyes Have Seen

It was a combination of watching Kensington’s joy in her jumper, bouncing up and down with gleaming smiles and squeals that could be duplicated on emergency vehicles, and her incessant need to jump up and down while being held that led me to nickname her “Little Roo”. Shortly thereafter, while reading The Complete Tales of Winnie the Pooh to the kids, did we discover that the baby kangaroo in the story is named “Baby Roo”. Guess it’s not that original of a nickname, but it fits Kensington perfectly.

Little Roo turned 6 months old a couple of weeks ago. She is in the exact same percentiles as Brennan was when he was 6 months old. She weighs 16 lb. 8 oz. and is 28 inches long. The nurse wanted to measure her length twice because she grew nearly three inches in two months, shooting from the 75th percentile in height to off the charts—greater than the 95th percentile. The fact that Kensie’s legs are only fully covered when she’s wearing 12 month sized pants confirms it. I hereby resign myself to be the shortest person in our family. 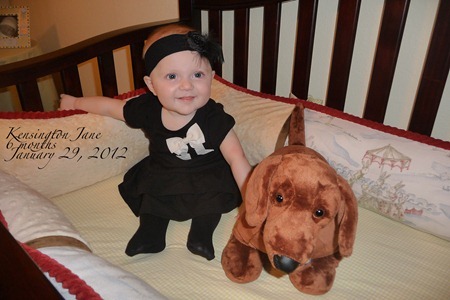 I made this collage for kicks. It’s a bit jaw-dropping. 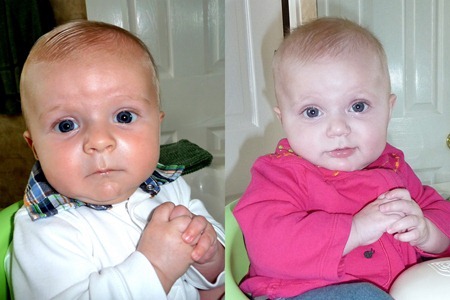 We predict Kensie Jane is going to be the extrovert of the family. She would much prefer to be in a room with a bunch of people than with just me. Again, the smiles, squeals, and jumps that erupt when she notices she’s surrounded by people prove it. Aside from a few apparent easily-scared moments (i.e. being near a horse or greeting Brennan at the end of the slide as he makes his way to the bottom), I’d say she might be prone to enjoy some extreme sports: she laughs when tossed up in the air or is pretend-dropped to the floor. 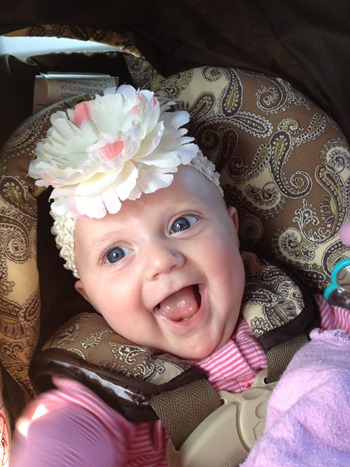 The day before she turned six months old, she sat up on her own. 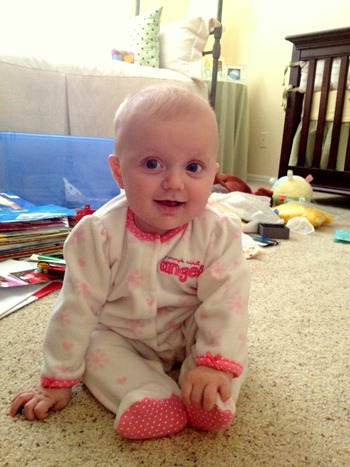 Another prediction: her dominant method of learning will be tactile/kinesthetic. Oh. My. Word. This child of mine has to have something in her hands at all times. If she doesn’t, she will dive toward the closest thing to her. Before she sat up, she literally tipped over in her Bumbo several times trying to reach for something. 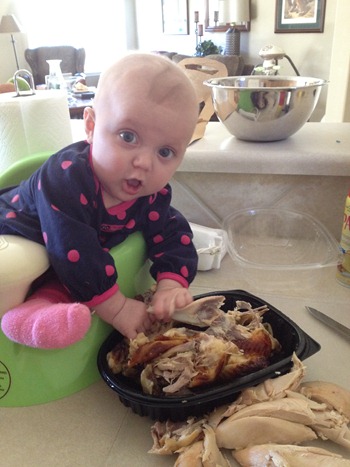 Several random people have told me on different occasions that she has “quite the grasp”. We’ll sit on the couch and she has to rub her hands on all the different textures. When I sign “all done”, she smiles really big and grabs my hands.

If she doesn’t have something to play with in her hands, her second toy of choice is her tongue. She’ll make all sorts of noises with it and likes sticking it out. A lot! 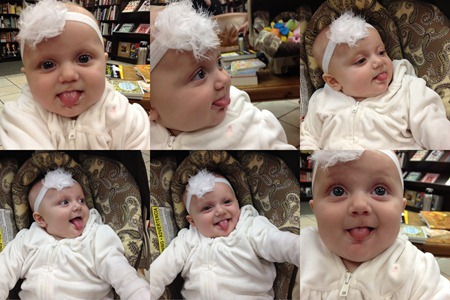 Hands down, Brennan is her favorite person. He can do anything and she’s all smiles. Very easily distracted, Kensington’s head will turn every which-way while feeding her her bottle as she tries to keep up with all of Brennan’s movements. One of their favorite activities to do together: take baths. 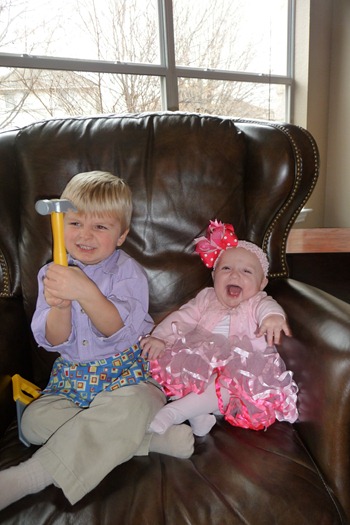 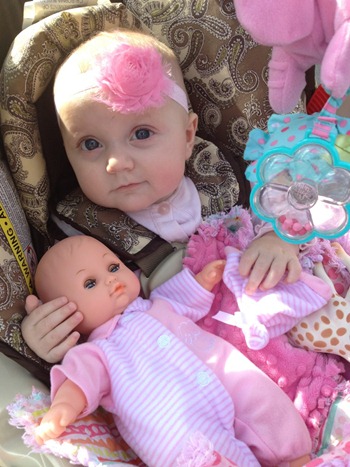 Kensington admires him so: 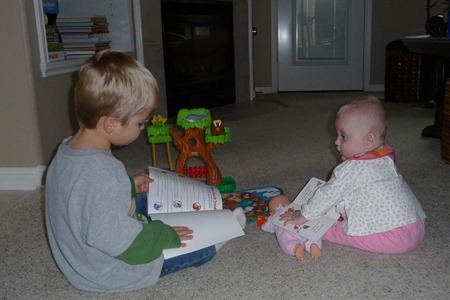 She’s slowly transitioning from 3 naps a day to 2, usually with one short and the other long. And she’s still sleeping through the night. She wakes up happy as a clam, and more often than not, the only time you’ll hear her cry is when she’s turning into a pumpkin and is ready for nap or bedtime. “Pumpkin” has been our family code name for her when she’s on the verge of melting. Even Brennan knows when to call her such.

This is one of my favorite pictures from Papa and Nana’s sweet visit. 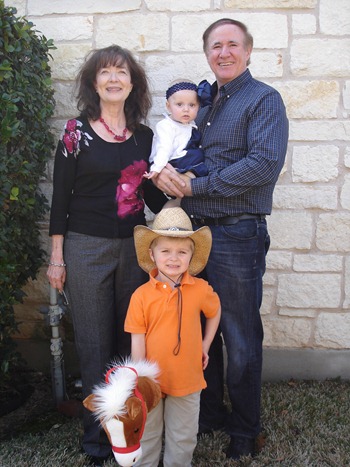 Brennan was pretty excited about getting Kensie Jane prepped for her first cereal. Needless to say, she was not very keen about it <grin>. 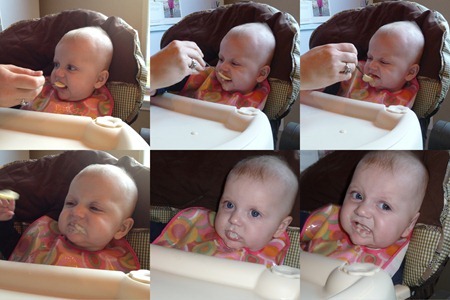 It took her several days to get the swallowing down so she wasn’t pushing all the food out of her mouth. We took a break from solids as her tummy was upset from the antibiotics to heal her ear infection, but since then we’ve tried carrots and sweet potatoes. If you know me, it won’t take a genius to figure out which of those two she liked better; the apple doesn’t fall far from the tree.

I recently came across a quote from Wess Stafford, President of Compassion International who said, “Every child you encounter is a divine appointment.” While I may never have considered myself a ‘baby person’ and wasn’t an enthusiastic babysitter, my children have opened my eyes and my heart to the miracle and wonder of little ones. My heart stretches now more than ever toward children, not just my own. As I embrace what feels like an ever-changing (and challenging) role of being a mommy to Little Roo and her brother, I am humbly astounded at the moment-by-moment interaction I have with the sacred.

Thank you, Jesus! Thank you oh, so much.

So very sweet, your picture are adorable.

I'm still laughing at all those pictures!

She's adorable! Can't believe how fast these little ones are growing up!

I absolutely loved this post - and that precious girl! The comparison shot was amazing!