My Eyes Have Seen

*For my own heart's ponderings during Lent, a repost from the archives

About six weeks ago, we had a doozy of a hail storm work its way through Austin.  It caused quite a lot of damage throughout the city.  Whether or not the shingles found in our front and back yards were from our house, or blown across the neighborhood during the storm from another poor chap’s home, was a mystery.  Since I am only allowed to ask Matt to face his fear of heights by getting on the extension ladder twice a year, which I reserve for Christmas and when there starts to be a collection of cob webs, dirt, and/or other unwelcomed matter high upon our foyer window that starts driving me mad, we opted to not get on the roof ourselves to check out the potential damage.  And like we would know what to look for anyway, right?  Instead, we called our trusty home insurance carrier who has proven themselves worthy to receive a small fortune of our monthly budget.

The adjusters came out last week.  Thankfully, we did not have to shell out another 2% of the value of our home for the second time in 5 months.  There was no damage to our roof at all.  Instead, we heard the words, “You have a roof that can withstand 10 minutes of pounding from quarter-sized hail.  Your roof will last you 30 years.”  Thirty years.  Folks, that’s a long time.  I know nothing about roofing.  But thirty years…that’s a sturdy, solid, high quality roof to me!

And yet, my eyes have seen: 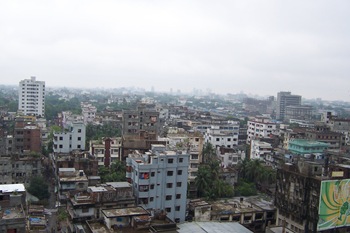 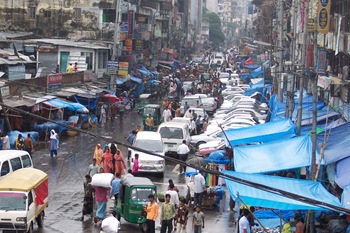 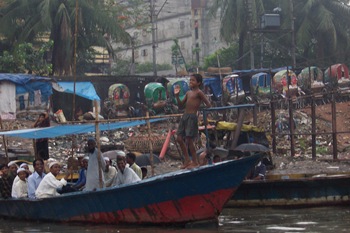 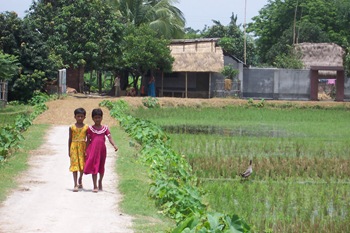 Tin.  Plastic.  Cardboard.  Straw.  Cement.  Roofs made out of such elements that don’t stand a chance at lasting through the monsoon season that displaces thousands upon thousands, or worse yet, kills them.  Roofs that don’t offer protection from the scorching and depleting sun with a heat index of 130 degrees.  And still, there are those with no roof at all.  Sometimes I forget, or choose to simply let the fact that most of the world lives under such unsound and hazardous structures slide by.  Most of the world.  Even growing up in El Paso, we’d drive by cardboard homes set up by the Rio Grande River in neighboring Mexico nearly every single day.  But as for me, I am living day in, day out, under a roof that will supposedly last 30 years.  A roof that keeps in the cool air from our air conditioning, no less.  And, we would have the ability to quickly get a new roof, if need be.

I can’t forget.  I can’t let this simply slide by.  My eyes have seen.  My feet have stepped into homes with such roofs, and I’ve been graciously served meals that probably were a month’s worth of food to my generous hosts.  My ears have heard their voices with tons of questions of what life is like in America, while others have a shy quietness about them.  My eyes have gazed into the eyes of my hosts, precious faces that they are.

I am going to sleep tonight, deeply thankful, under a strong, sturdy roof…a stark contrast to what most of the world will sleep under.  My eyes may have seen, but may my arms be open to the poor with hands extended to the needy (Proverbs 31:20).

The Lord sends poverty and wealth; he humbles and exalts.  He raises the poor from the dust and lifts the needy from the ash heap; he seats them with princes and has them inherit a throne of honor.  For the foundations of the earth are the Lord’s; upon them he has set the world.

Found your post interesting to read. I cant wait to see your post soon. Good Luck for the upcoming update. :) Thanks for sharing!

That is really good news for me..!! I am so impressed to get this post article very much. Really I enjoyed very much in this post every word. I think that it is really helpful to us. Thanks...
http://www.cheapmyautoinsurance.com/online-student-loans-comparison/