Home Archives Profile Subscribe
A Call to Remember
Our Team

Who wants to travel down memory lane with me?

So are you up for it?

Ready or not, here we go. 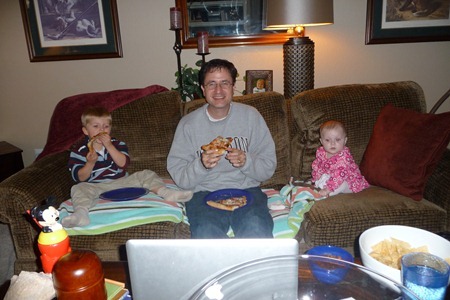 Super Bowl Sunday. Our five year old television broke before Christmas and we have yet to replace it. Much to my amazement, it hasn’t been missed. Lest you think we are completely insane or “holier than though”, we still have the computer in which we can grab a few of our favorite shows and even watch sports. Which back in February, the main televised event was the Super Bowl. Granted, the football looked a wee bit tiny, but we didn’t have to squint too hard. I busted out the chips and guacamole and ordered pizza. Brother and sister. A rare moment in which 1) both were looking at the camera; 2) both were happy; 3) and Brennan was smiling. He thinks it’s pretty cool to make angry faces at the camera ever since we played this game. 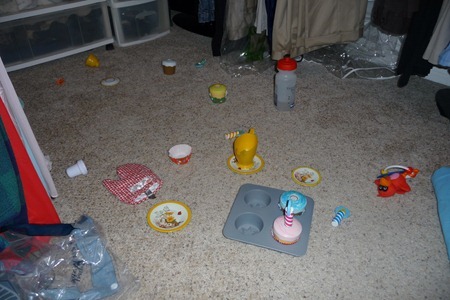 One of our favorite past times: tea time. Rarely does it take place in our bedroom closet as pictured here, but as I was getting dressed one morning, this is where we ended up camping out for almost an hour drinking ‘tea’ (water) and eating cupcakes. Even Molly joined us. 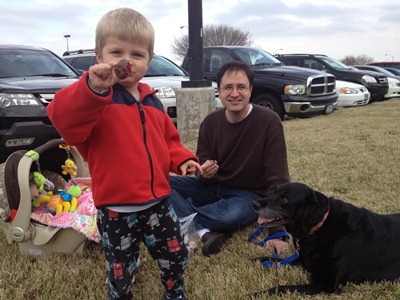 Surprise! On a stay-at-home-in-our-PJs day, we decided to load up the car and surprise Matt at work with a treat: cake balls! Let it be noted that I didn’t parade myself in the Dell parking lot in my PJs; I quickly threw on clothes for the outing. 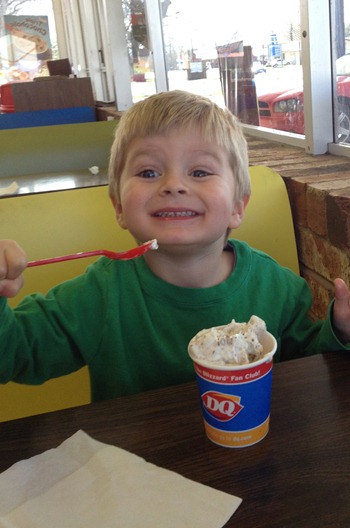 On our way down to San Antonio to visit Mees for a weekend, we needed to stop mid-way to feed baby Kensie, and what better place to make a pit-stop than Dairy Queen? I believe that was a Reese's Peanut Butter Cup Blizzard, and he ate every bite. 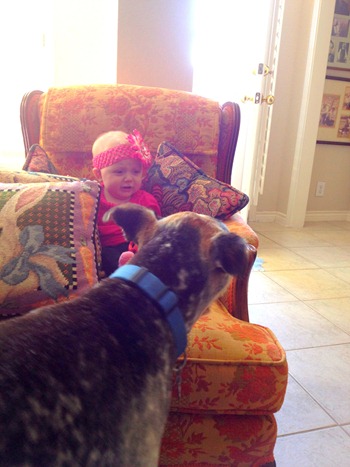 A small ball scared her. A big ball scared her today. And well, she’s still not used to my parents’ dogs. She thinks everything is out to get her, I guess. What’s funny is she really doesn’t cry, but a loud “Ahhhh!” exudes from her mouth accompanied by a very concerned look on her face. 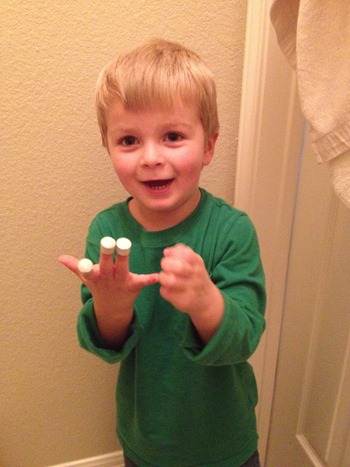 This was taken when I was going to the bathroom. I try to sneak in a little quiet reading time every now and then, and I’ll be honest, sometimes I’ll use the “Mommy really needs to go to the bathroom” excuse to grab that moment and draw it out as long as possible. But as all you momma’s know: you’re not alone even when in the bathroom. This picture is case in point with my little guy who not only shut the door behind him to communicate to me I’m stuck with him, but he also discovered the use of the door stoppers as visual aids while singing a song about monkeys falling off the bed. 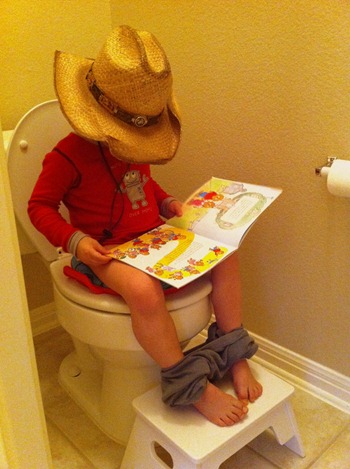 I guess I’ll rob him of some privacy too and also embarrass him while I’m at it. This little guy came through potty training with flying colors in January! To this day, he still takes books in with him to read. 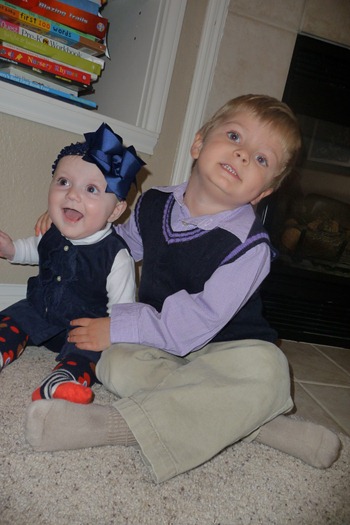 Parked in front of church one Sunday was this van. It was very comical to me. 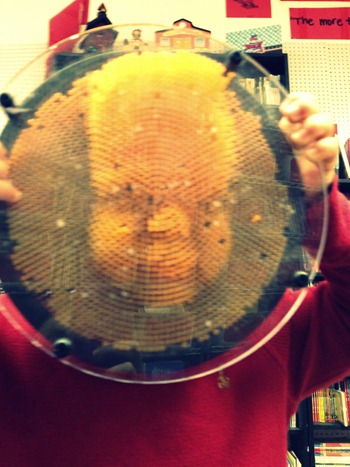 Despite my love for routine and structure, the need to be spontaneous and whimsical wins the day occasionally. On this particular morning, Brennan joined Matt at Dell for about an hour to hang out at “Daddy’s work”. When Kensie Jane and I picked him up, the three of us got a little side tracked and randomly spent an hour in the Dell parking lot hanging out in the car talking. The kids and I all sat in the front seats chatting away, playing with all the car buttons. To this day, Brennan will say, “Let’s talk, Momma,” and climb in the front seat…moments I want to take advantage of when the opportunity allows. Then instead of heading to the grocery store, we ventured our way to the bookstore. Because if you give Brennan a choice between the playground or the bookstore, chances are he’ll pick the bookstore. It’s where he discovered the awesomeness of pin art. 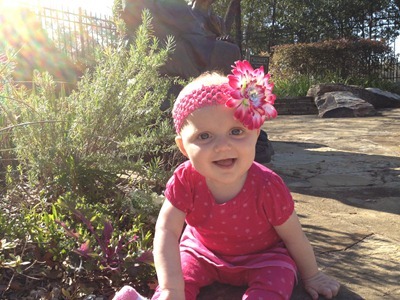 I am savoring this season of Tuesday and Thursday mornings with my Little Roo. It’s the time she and I have to spend together while Brennan is at his school. Sometimes we play with other friends, run errands, and have lunch dates. But most of the time, we find quiet spots and hang out together. Brennan’s school has a lovely prayer garden we escape to every now and then. 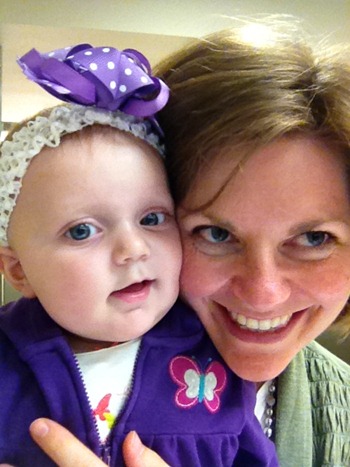 Kensington’s first airplane ride! Matt and Brennan sent us girls on our merry way to North Carolina to visit my treasured friend, Corrie. I should tell you more stories about her; we have some classics. Before her precious family heads overseas to Spain, we took advantage of a long weekend together. 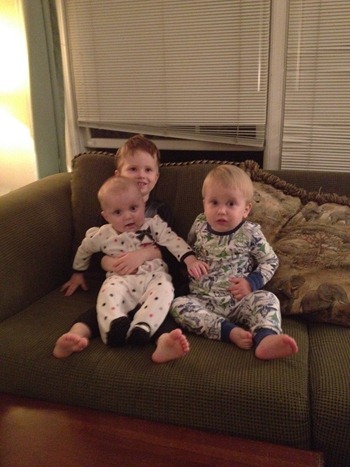 Corrie’s boys, Guy and Simi, were great hosts and took care of Kensie as if she was their own sister! It was very much a little vacation for me since Kensie was still immobile and a good traveler. Next time, Brennan must come because all of these boys would be best buddies! Guy and Brennan have a lot in common. 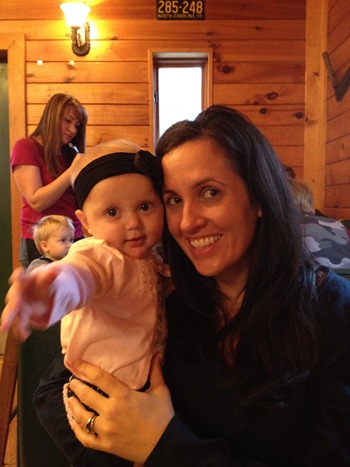 I really love these girls. Very, very much. 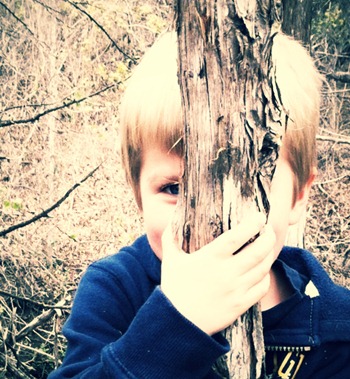 Brennan and Matt had a blast together while we girls were away. Lots of playground time, wrestling, hikes, sleeping together. They are good pals. Matt took this picture when they were on a hike with Molly. It’s a favorite of mine.

I hope that traveling down memory lane wasn’t too brutal. It brought smiles to my face, but well, that’s a given. Maybe if you’re up for it, I’ll tackle March.

What’s your vote on that?

Posted at 09:33 PM in Daily Spice of Life, For the Love of Travel, Friendship, Joys of Parenthood, T.V. and Movie Escapes | Permalink | Comments (4)

It's good to see that everyone is doing well and having happy times! Life is so busy these days, isn't it?!? My Aurora is about to turn 8 and Alex starts kindergarten in August...I can hardly believe it!

I'd like to read about March! Those are some super cuties you have. Loved our visit with you...come back! Love you!

I love checking out K's bows in each picture! She's so cute! And B going potty with the cowboy hat is just hilarious and so very Texan of him too :)

If we were together, we'd add bow making to our sewing projects. I sure miss that time with you! (And I'm working on my email back to you.) :)