Home Archives Profile Subscribe
The One Who
Happy First Birthday!

Freshly cut from her garden each spring, a handful of delicate pink flowers would be placed in the center of her white oval-shaped table. No matter what direction your swivel chair faced, you’d inhale a honey-like fragrance that wasn’t over-powering and headache-inducing, but rather a subtle, pleasurable smell of beauty and freshness. The Sweet Peas were arranged in a simple glass bowl that would not take away from the flowers’ own display of grandeur.

Seeds planted by hand the previous fall, my grandmother would anticipate the day when the annual climber would make its debut. A green-thumbed expert, Gaga could spring life out of those Mediterranean native blooms in the middle of the arid New Mexican desert. The flowers’ season of glory faded quickly, but they were worth the toil and the wait.

I’m not sure how, but somewhere along the way, the Sweet Peas were one of the many things of which Gaga and I shared an appreciation. Other common loves included travel, tea parties, playing cards, classic movies, and anything chocolate. It was a well-known fact that I inherited my infamous sweet tooth from my Gaga. And she shared with me her love for beauty and loveliness.

It was impossible, or at the very least astronomical, to include Sweet Peas in my floral arrangement for my December wedding. Magnolia leaves made it. Sweet Peas weren’t going to be flown in from Crete.

The last time I beheld a bouquet of Sweet Peas was at my baby shower, seven months pregnant with Brennan. Precious Jillie, knowing my affection for Sweet Peas and the magnified sentiment they held for me being at my first celebratory shower ever without Gaga who passed away three months earlier, tracked their scent down like a purposeful hunter. In that gorgeous table display of fine china and yummy delicacies I wish I could eat this very minute, those flowers were a priceless standout. 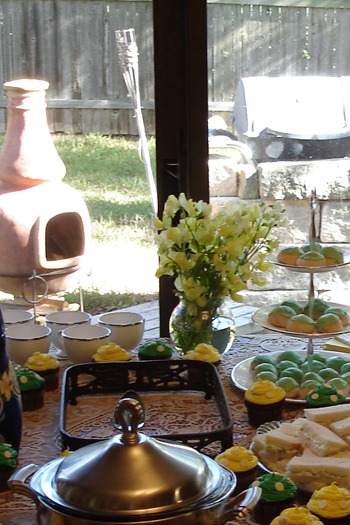 Every year I vow I’m going to try my own hand at growing them, but both my failing track-record at plant survival and the swift-flying, child-raising days leave me repeatedly regretful each March. Some day they will bestow their beauty and aroma on our kitchen table.

Until then, there’s another kind of Sweat Pea that graces me with her presence. She’s a smiley, happy 11 month old now. Soon to be one year old in one week! The past year’s fleeting super-power is hard to swallow. It’s like the rare Central Texas snow day: you savor and play in the thin dusting of snow as much as you can in the wee morning hours before the warmth of the sun melts it all away by noon, hardly leaving evidence it was a reasonable decision to cancel school for the day. All that remains are some pictures to prove it, a heart full of splendid memories, and a bit of a lump of sorrow in your throat because it’s over. 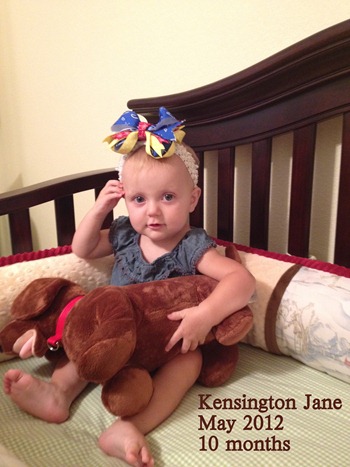 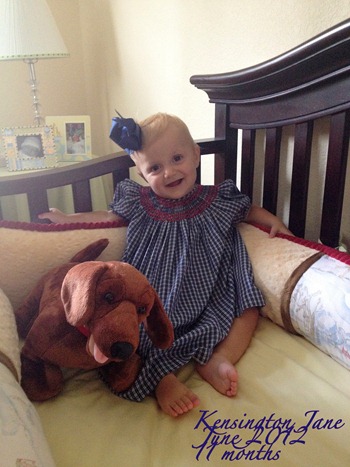 She earned her nickname Sweet Pea because Gaga is one of her namesakes, but also because aside from the occasional bursting-a-lung/mad-as-a-hornet temper when she doesn’t get her way or you’re changing her diaper, she is sweet through and through.

She’s a scooter with a calling: to find you and hug your ankles. She’s a snuggler who knows her comfy spot: to rest her head on your shoulder. She’s a smoocher who kisses on command: when you tell her, “I need kisses.”

A lover of dolls and shoes, she’s all girl. She’ll pretend to wash her face and put lotion on her body, rubbing her hands up and down her face and tummy. She’ll sit with me as I prepare dinner, eating fistfuls of whatever is before her on the chopping block…even limes, which she gnawed on for 15 minutes. 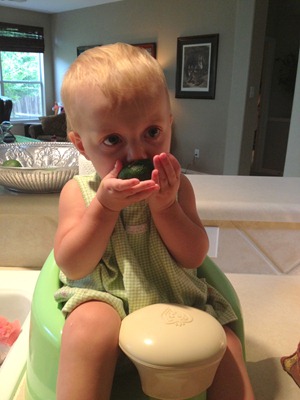 She’s learned the hard way about gravity and not having someone there to catch her. Her scoot now has a little hop to it, and she can move fast! She’s blazing her own trails! 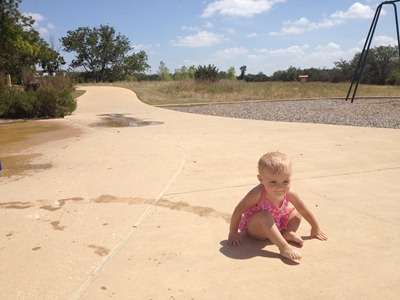 A few firsts and highlights from the last few months: 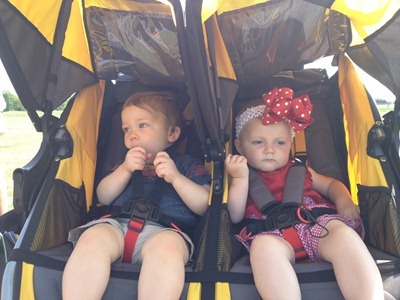 (A couple of my favorite pictures from May.) 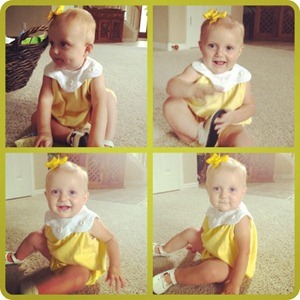 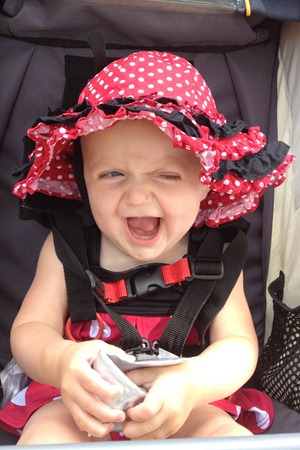 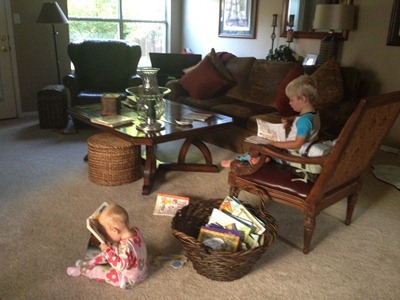 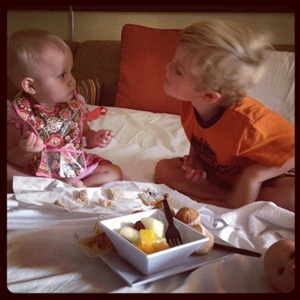 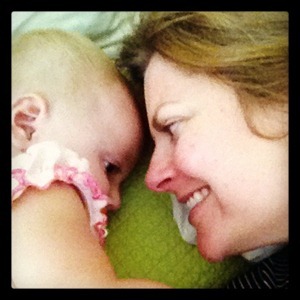 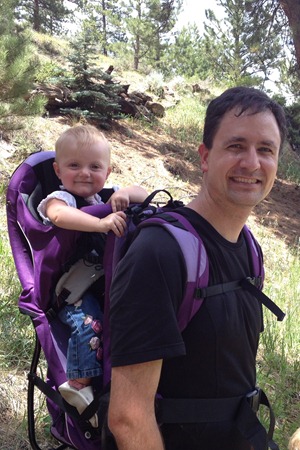 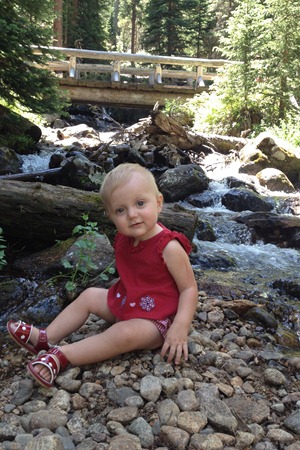 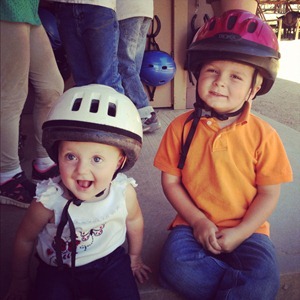 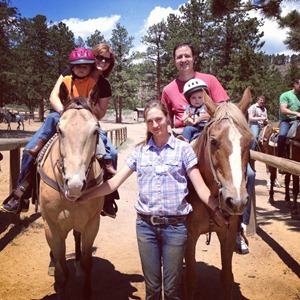 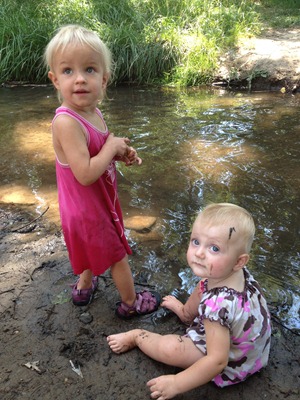 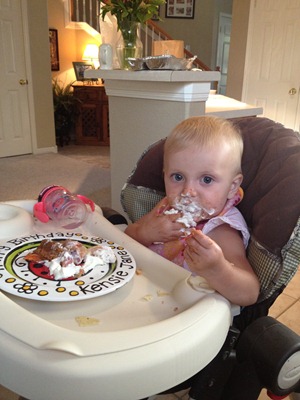 I held her tonight as she fell asleep, my Sweet Pea. I’m still astounded I have a little girl. Sometimes that fact scares me to death. And sometimes, like tonight, her enveloped in my arms was the most soothing place I could be. Her, being a girl like me. Her, with her coconut lotion wafting in my nose. Her, with her silky head with hair not long enough to stroke. Her, with her lanky fingers resting on my arm. Her, with her sudden jolts as if she’s scooting in her dreams.

She is my Sweet Pea.

As your Daddy read this blog aloud, I closed my eyes and could picture and smell all the sweet memories of the sweet peas. Sweet Pea is a perfect name for Kensie Jane! A beautifully written post about 2 most special and loved "jane's".

Sweet, beautiful Kensie! I think it may be time for another for you all.