Home Archives Profile Subscribe
December is When...
The Birthday Boys

Our Christmas celebrating didn’t end on Christmas Day. On the 26th we scurried around to pack up all the Christmas décor and clean house in order to catch a flight by noon on the 27th. My family graciously went along with my OCD shenanigans to get things in order before we left town, and my parents came for the afternoon on the 26th to help with our halflings and eat our last bit of good Mexican food before our return in January.

We were D.C. bound to split a visit between Mac and Julie and Matt’s family.

We loved our visit with these two. They make us laugh until we cry; they teach my kids bad things that will come back to bite them but which makes them a really cool aunt and uncle; and they take us to the most amazing places to eat!

Little Julie was unexpectedly put on bed rest the middle of December, and so we kept things pretty low key. If you can take a moment right now to stop and pray for her, Mac and the twins, I’d sure appreciate it. The twins are due in April and we’re praying for them to hold tight at least until March.

Elevation Burger was the first place we hit when we arrived. An evening’s perfect end always includes dessert; in this case it was a sublime milkshake. 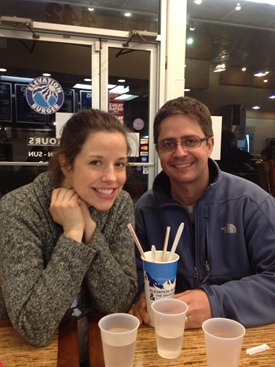 We experienced what seemingly will be our only winter this season. We actually wore jackets and hats; that’s sadly unheard of in these Texas parts. It was our first visit to Mac and Julie’s since they moved into their home two years ago in Arlington. We definitely wanted to slip in a visit pre-kids and we’ll head back there after the twins are born. Their home is so cute with tons of character and charm! And the backyard is graced with a fun gazebo in which their kids will play lots of pretend games. 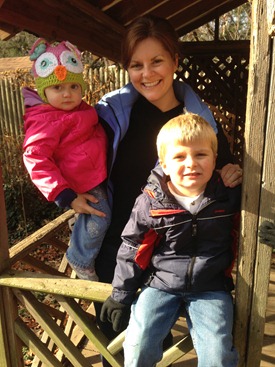 On Friday the 28th, our family ventured into the city and went to the Smithsonian National Museum of Natural History. The exhibit of choice: the dinosaurs of course! The tyrant lizard king, the T-rex, is still a mainstay part of our household conversations.

Aside from Brennan running away from us on a busy D.C. street because he was avoiding correction, and the ensuing stressful discourse between me and Matt, it was a great morning. 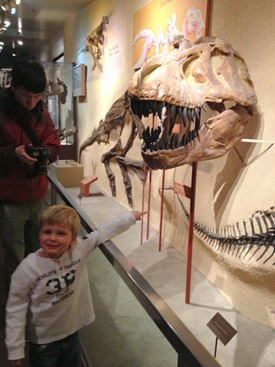 Our most favorite place to eat was Ted’s Bulletin. I mean, who wouldn’t want some amazing French toast, eggs, and cheese grits!? Plus an as-big-as-yo-face cinnamon roll that we all split. And homemade pop-tarts! I mean, really now!

Upon exiting Ted’s Bulletin, the snow flurries came softly floating down from the sky, and it was beautiful! It was officially Kensington’s first snow. It didn’t stick or accumulate, but it was exciting nevertheless. 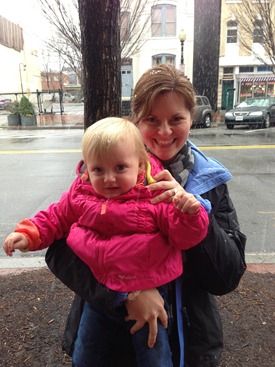 One of the best things about vacation: uninhibited snuggle time. In the mornings. During naps. It was bliss. 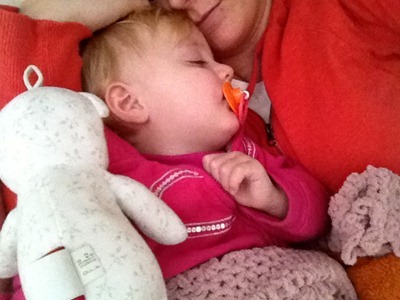 After pizza on Sunday night, we drove to Baltimore’s Gaylord Hotel for the light show and to view all the spectacular Christmas decorations. 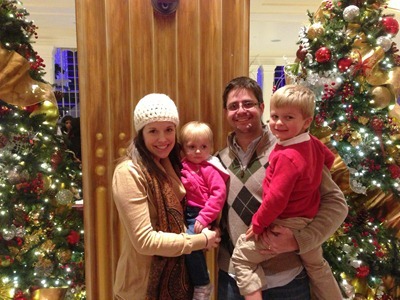 The kids rode the train together, and Brennan was a caring, protective big brother who put his arm around her the whole time. 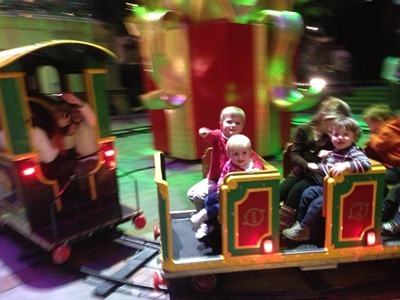 This was the best Philly cheesesteak place. Gotta toast some tater-tots to that! 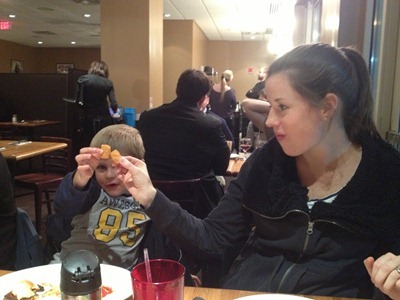 On New Year’s Eve we said our “see ya later’s” to Mac and Julie (who will have two babies the next time we see them!), and drove to Charlottesville to spend a few days with Matt’s family. The cousins had a fabulous time playing together, and Kensie brought a pleasant touch of femininity to the bunch. 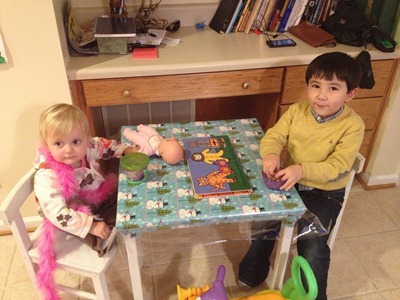 Kim is event-planner extraordinaire. Our rooms had welcome notes and flowers; she made extravagant meals like this one for New Year’s morning, and she meaningfully put together family Q&A times and games that were some of our highlights. 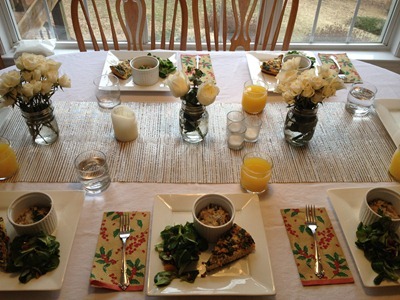 If you want a shot in the arm of creativity and imagination, just spend a bit of time with Kim! This is a package she made for Brennan and Kensington. One thing the kids don’t have: SNOW! In the box she included all things snow related like snow play-dough, hot chocolate, and The Snowy Day. 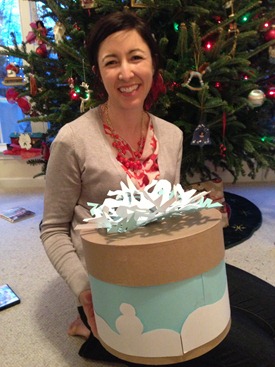 Feeling beautiful and connected in our matching pashminas. 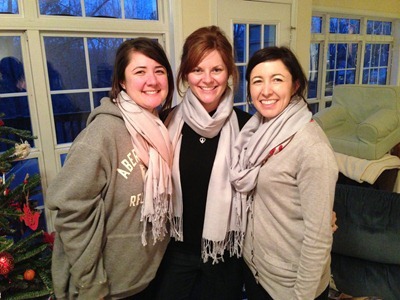 A cousin visit isn’t complete without the token bathtub picture. 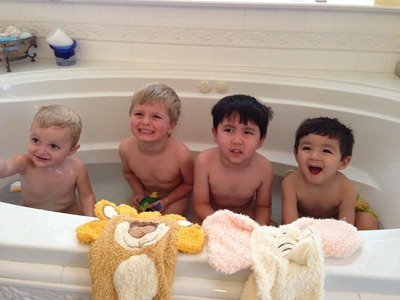 These two boys couldn’t get enough of each other.

A most special highlight was visiting Matt’s 93 year old grandfather. He met Kensie Jane for the first time and prayed a blessing over her, and we also got to see some of his army gear from WWII. 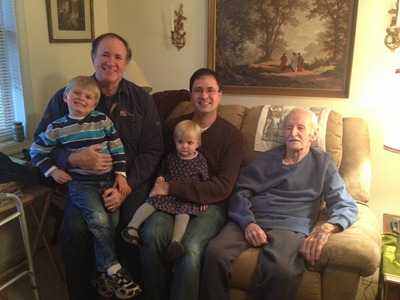 Matt’s Aunt Laura has one of the biggest dogs we’ve ever seen, Nelson. 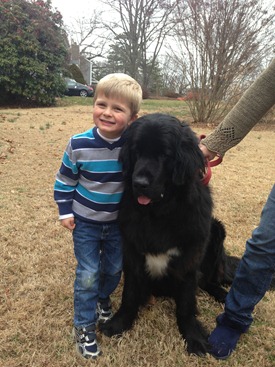 We hit the jackpot with all the fun animal visits. Matt’s other aunt, Elaine, owns a horse named Micah, and we all went out riding one day. I felt like I was channeling my mother watching my son ride bare-back on a trotting horse, holding my breath, something she did a thousand times watching Mac on his horse. What an adrenaline rush. 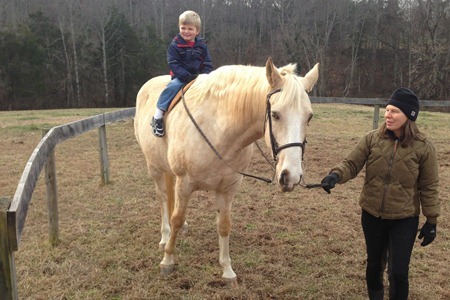 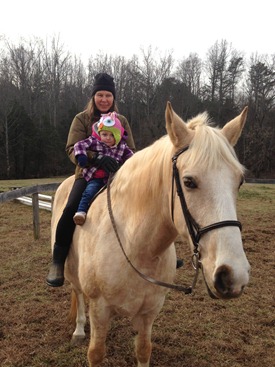 Papa and Nana have their hands full. 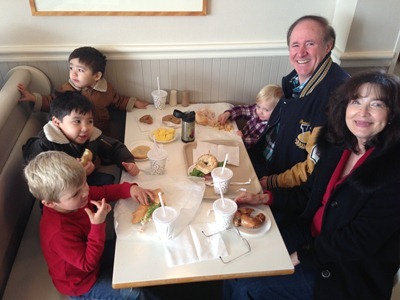 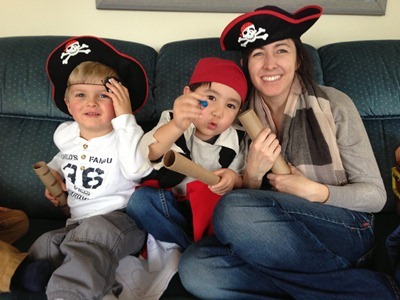 For our Christmas present to the adults, Matt and I treated them to a nice dinner out while a couple of Matt’s aunts kindly babysat the kids for us. It’s always a special occasion to have a kid-less dinner and be able to really talk <grin>. 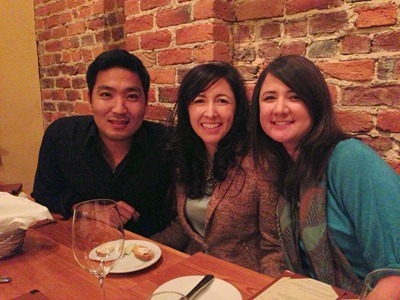 Look at the deer! 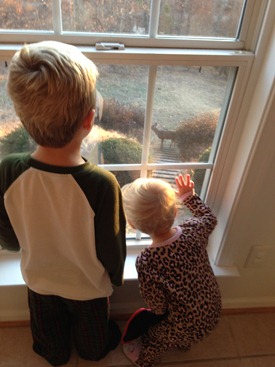 Charlottesville has an incredible inflatable play area that also has an indoor paint room where the kids can paint on the windows. 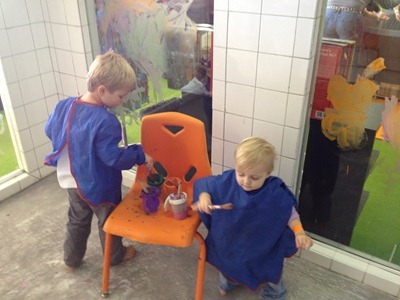 Our last night together we had our family talent show, a tradition we started the last couple of years with the kids. Baxter showed off his muscles; Jadon played guitar and sang; Papa and Nana did a skit, our family acted out the book What the Ladybug Heard. 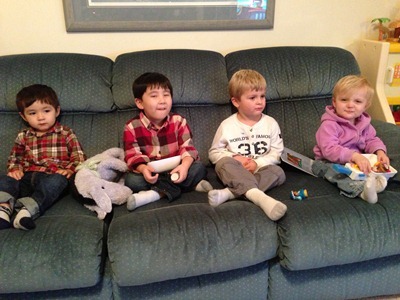 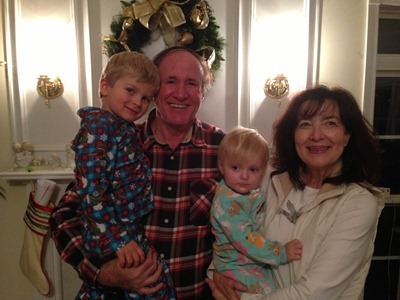 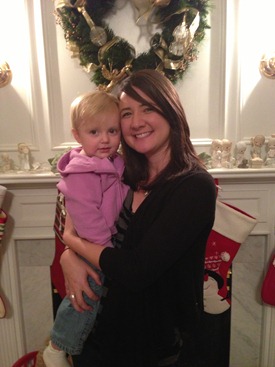 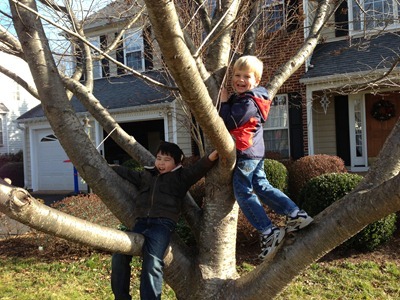 For Brennan’s birthday, Mac and Julie gave him the donkey he never stopped talking about after our Thanksgiving get together. And in typical Mac and Julie fashion, they helped name the donkey something utterly ridiculous: Ba-donk-a-donk, which according to the Urban dictionary means a “nice booty”…and that’s one of the tamer definitions. So now I have a child who goes around proudly introducing his stuffed donkey as “Ba-donk-a-donk”. I apologize in advance, and Mac and Julie know what’s comin’ to them. 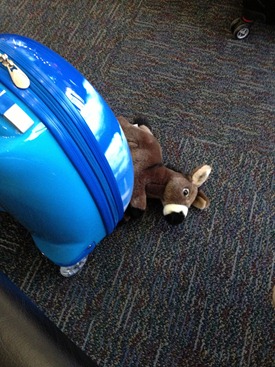 Posted at 10:21 AM in Daily Spice of Life, Family, For the Love of Travel, Happy Holidays | Permalink | Comments (1)

Thanks for the sweet shout out and many prayers. Reading this from bed of course but its fun to relive our part of the trip and see pics from the rest. Except the pic if the chubby girl knocking back Tator tots!!!