Back in February of 2013, when I was a year into my Vestry term and Cliff asked me to pray about taking on a new role on the team, Matt and I committed to each other that when my term was over, we would set aside 4-6 months for our family to rest, recuperate, and wait upon the Lord for next steps. It actually coincided perfectly with Matt’s 4 year service at church coming to a close also. We’ve guarded against immediately jumping into the next thing and ‘no’ has been on our lips in response to adding events and additional commitments. So since February, our little family has been in an intentional season of quiet. Life still is full with just the bare bones of school, speech therapy, swim practice, Missions Team, some travel here and there. We’ve learned a lot about the blessings of the rhythms of connecting and resting well over the past year and a half. Watching Cliff and his family on sabbatical, reading books like The Rest of God, and setting aside these 6 months for our family have all contributed to being the one of the most shaping and valuable seasons for our family. 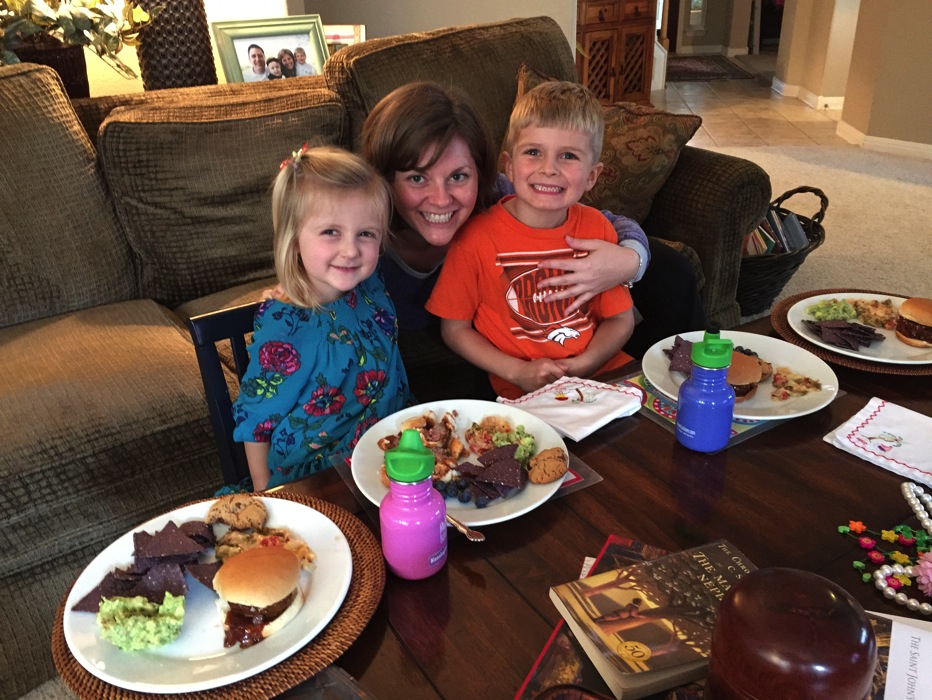 How this is a comfortable position for him, we will never know. 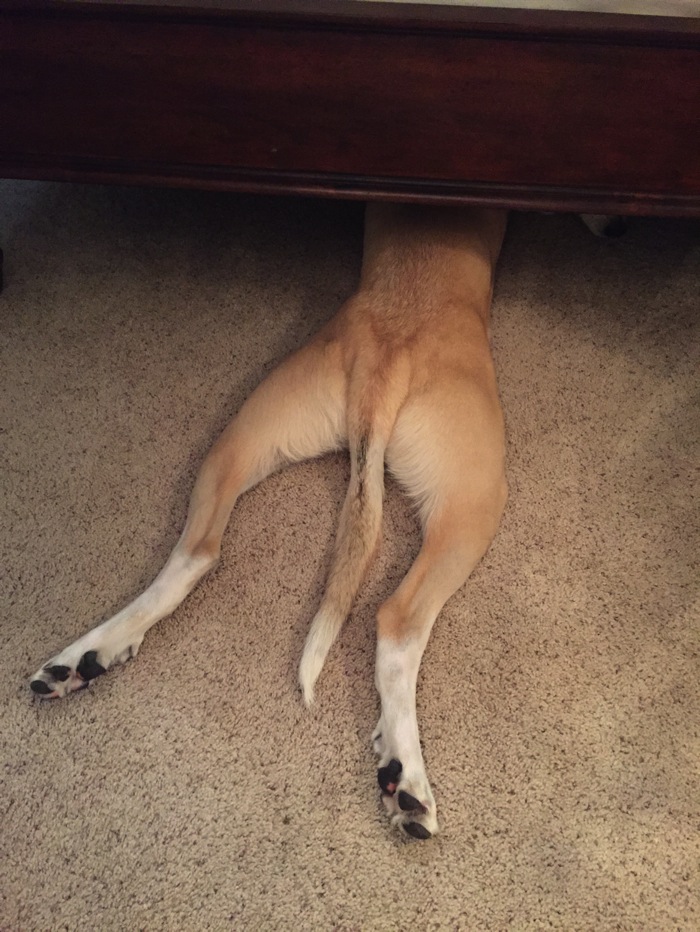 Swim team is never dull with this girl. I never know what she may come out of her room wanting to wear or play with while we watch Brennan swim. We still use that time to practice her words for speech therapy (it’s been one year this February, and she has come so far!). But we do so all dollied up. 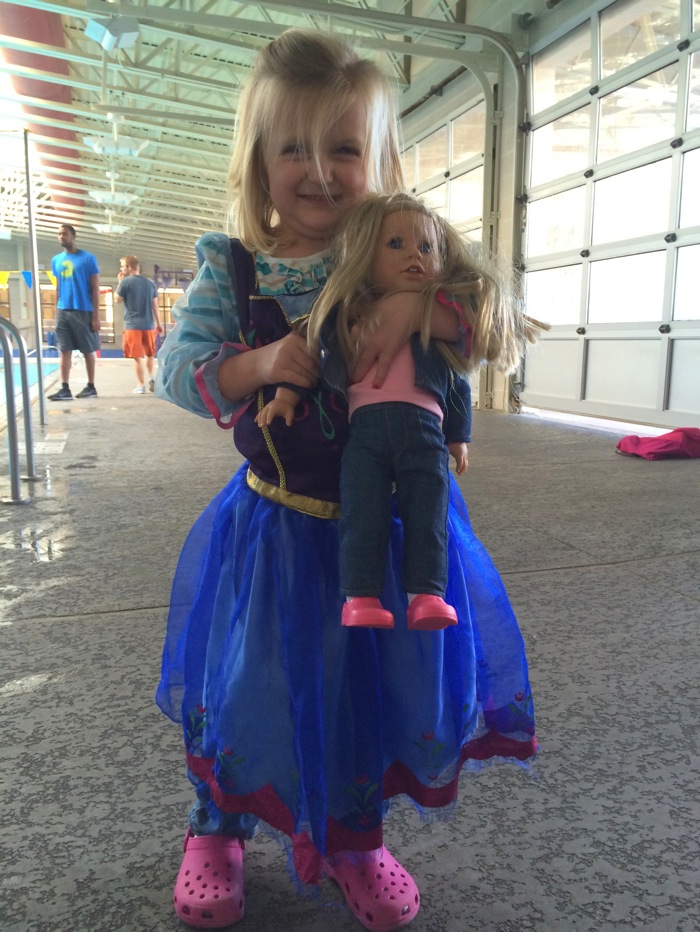 Now this is some real dollying up! This was the night of the annual Daddy-Daughter dance, and she was so very excited about it. It was the first time I used hot rollers in her hair. When I took them down, she looked with fascination at herself in the mirror saying, “I look like Sophie!” (a little girl from church). 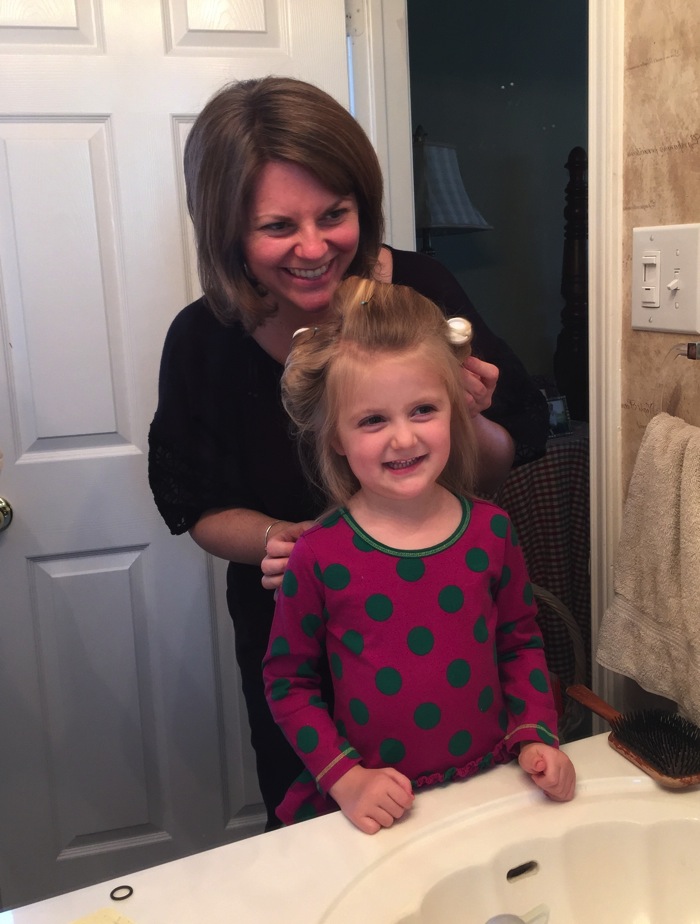 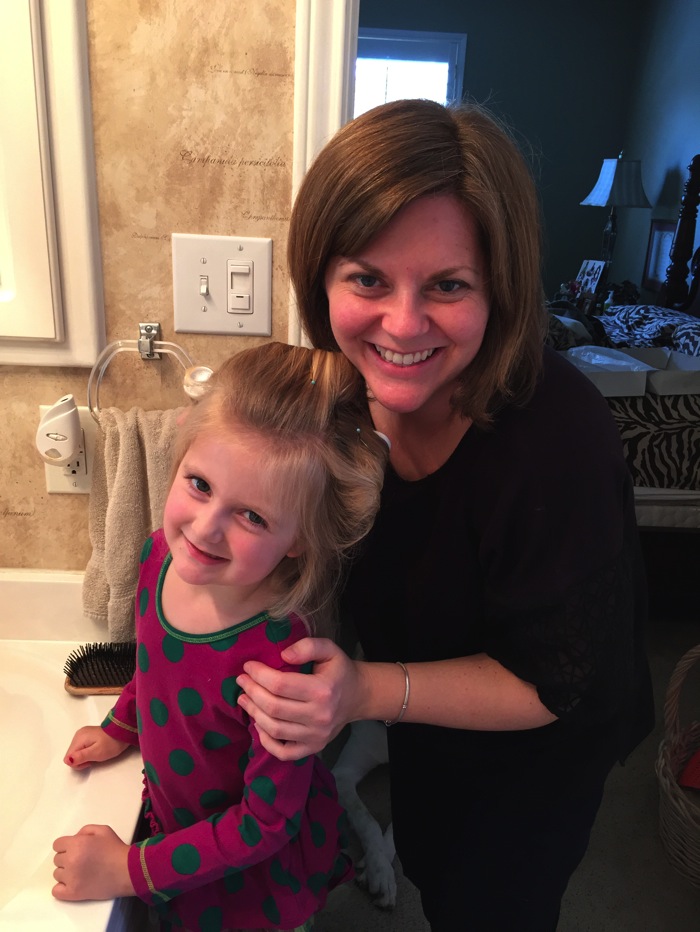 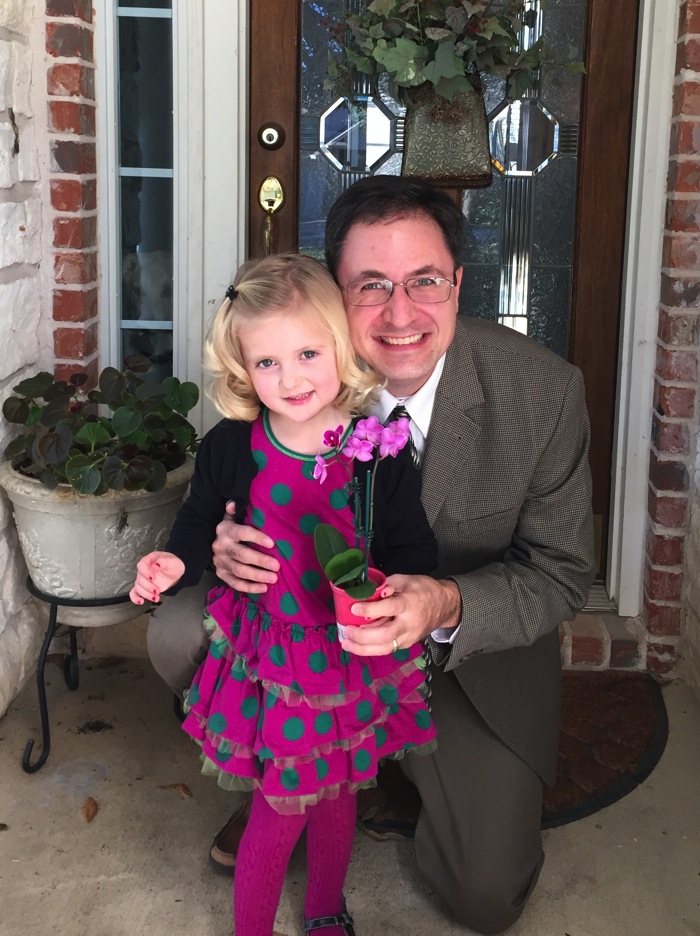 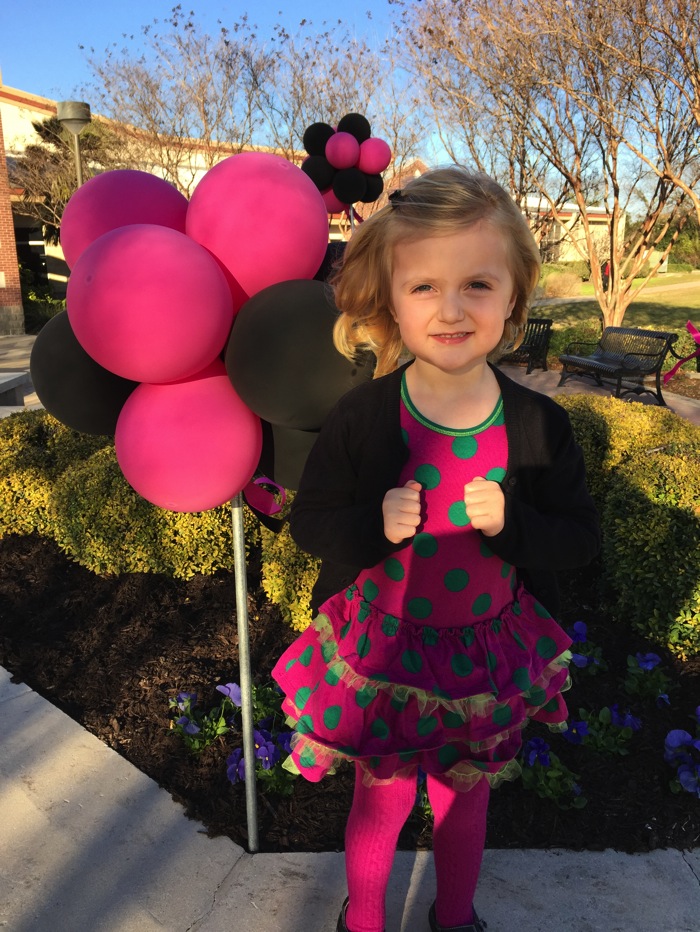 Ladies and gentlemen, we have a chapter book reader! 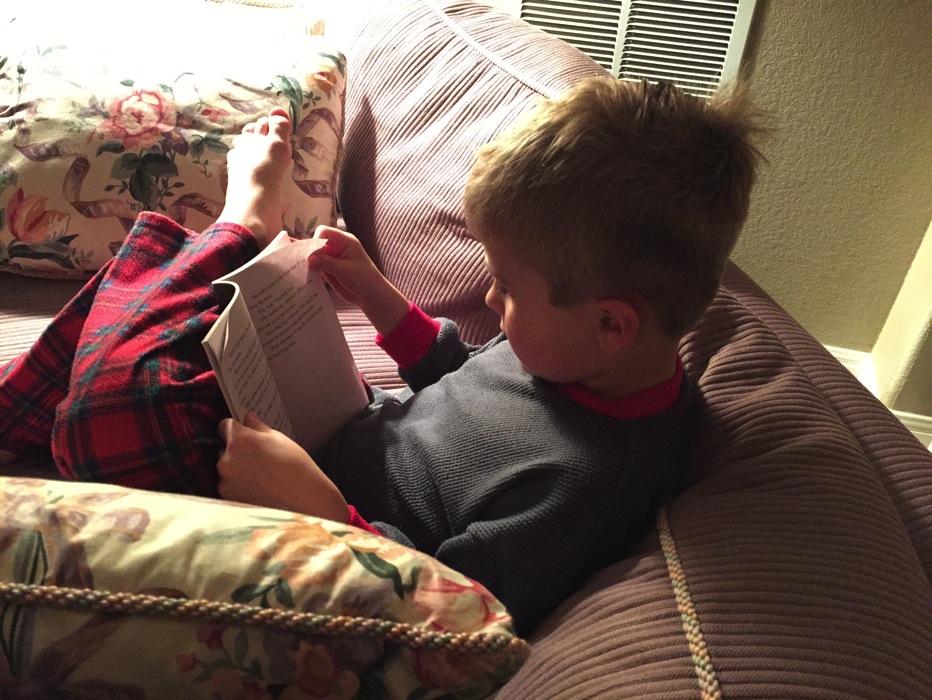 The very first chapter book he read completely on his own.

When the boy isn’t running, hitting some balls, playing with his puppy, he’s got a book in hand. 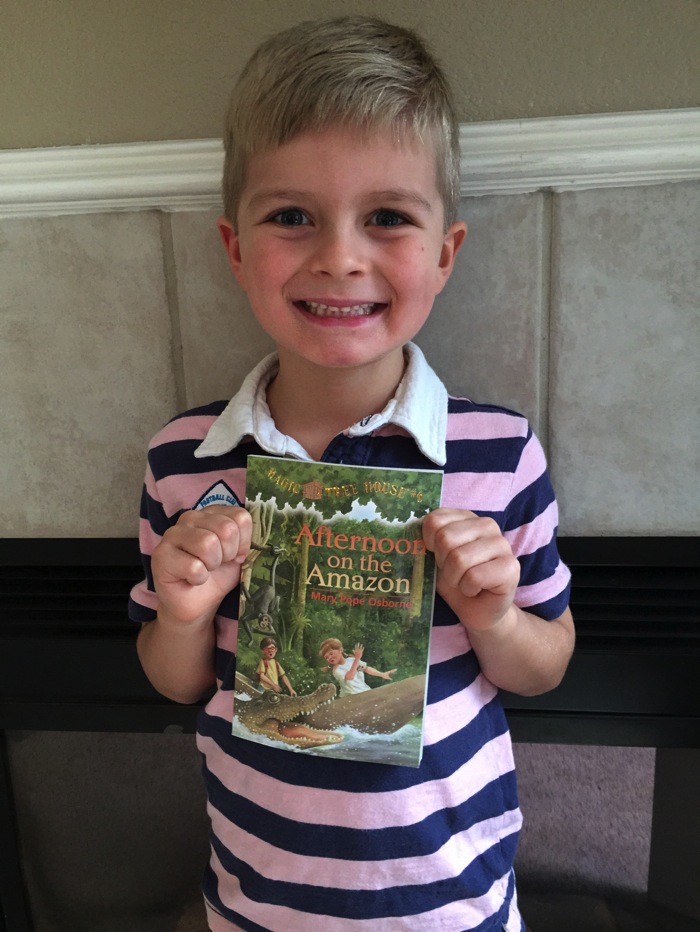 After a few more weeks of meetings and the Vestry retreat, I attended my last Vestry meeting in the transition period on Friday the 6th and then was blessed to attend a luncheon honoring outgoing and incoming Vestry members on Sunday the 8th. I had somewhere else to be that evening, sitting among some precious women also involved in ministry, specifically talking about the Sabbath. It was a night of treats, laughter, mutual encouragement and rest, a most fitting way for me to enter into a new season of life.

While I was there, kids were having breakfast for dinner <grin>. The best kinda dinner! 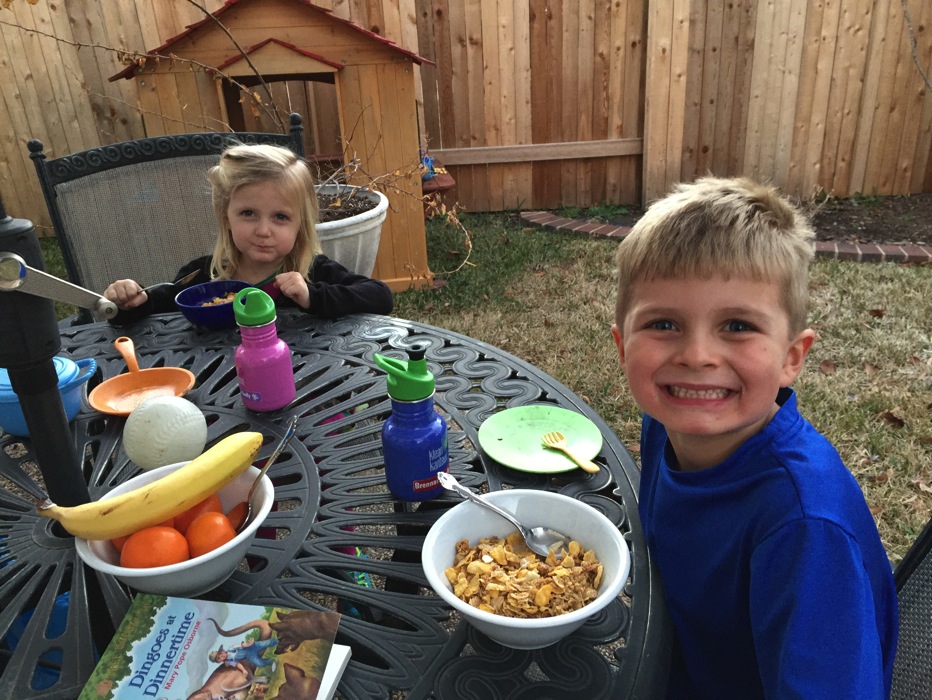 He has the longest tongue! 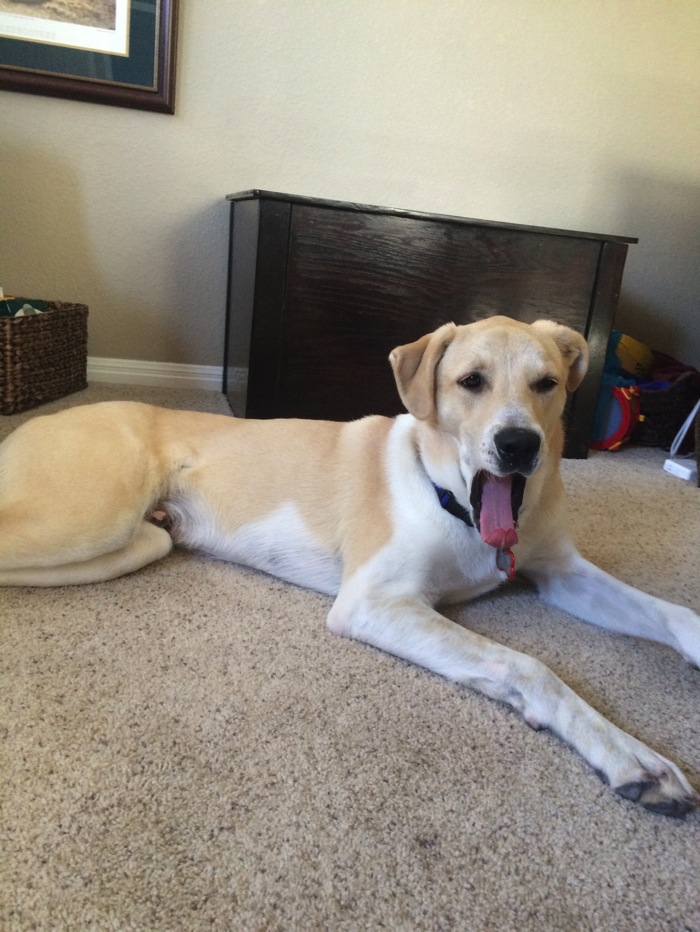 Celebrating St. Valentine’s Day! This was my favorite program of the year at Brennan’s school. I still beg him to sing “A Bushel and A Peck”. There’s also a little girl in this picture who ended up having a crush on my boy that lasted all spring semester. I have some notes to prove it <grin>. 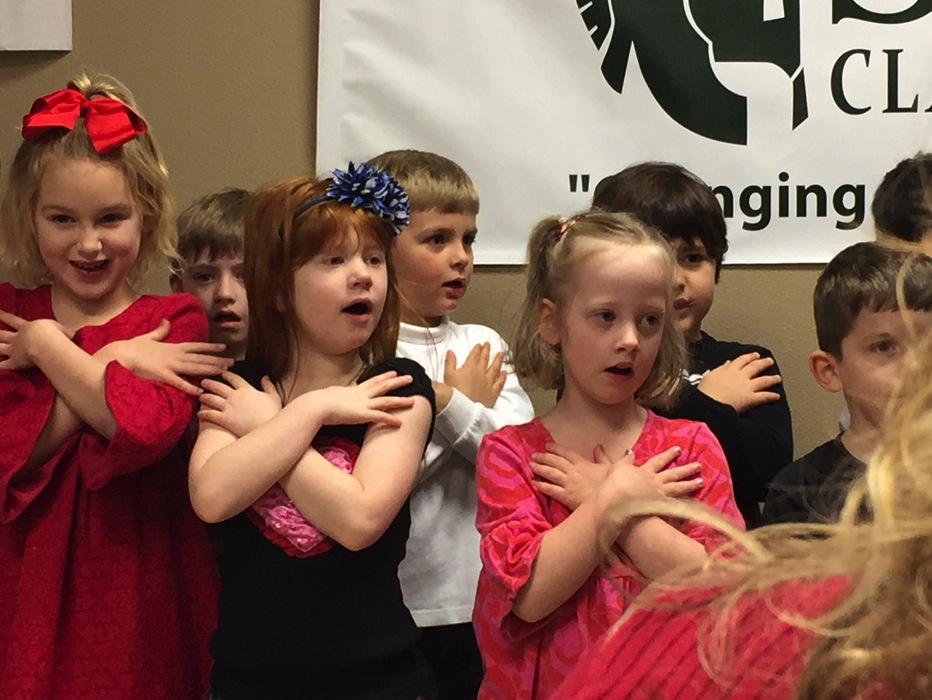 Kensie had her party, too. 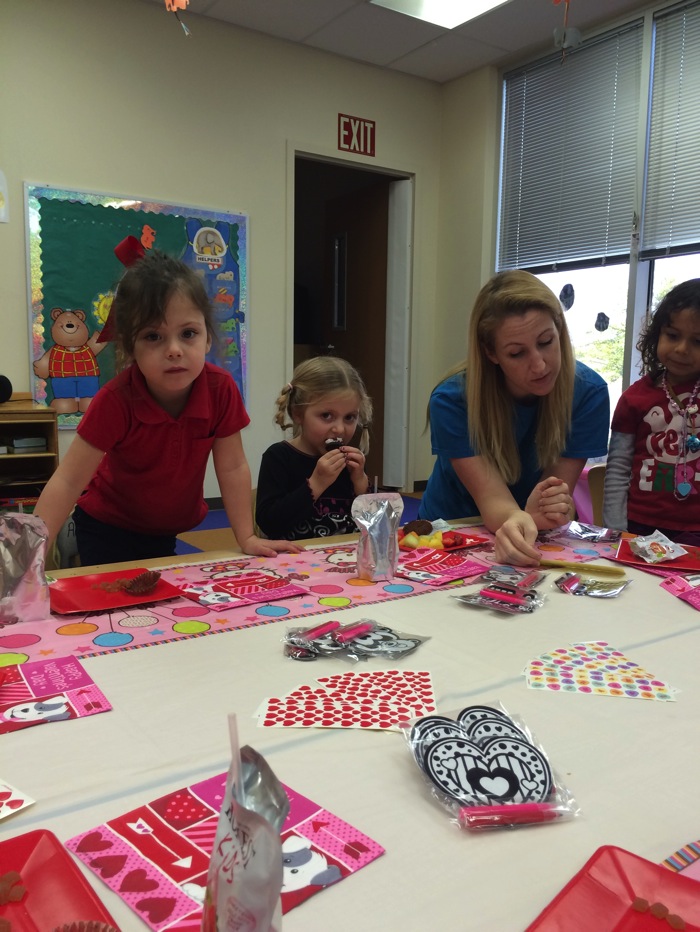 Their bags are always packed and ready to go Popsie and Meesie’s days in advance. They may only have some toys, stuffed animals and books, but that doesn’t matter one bit. 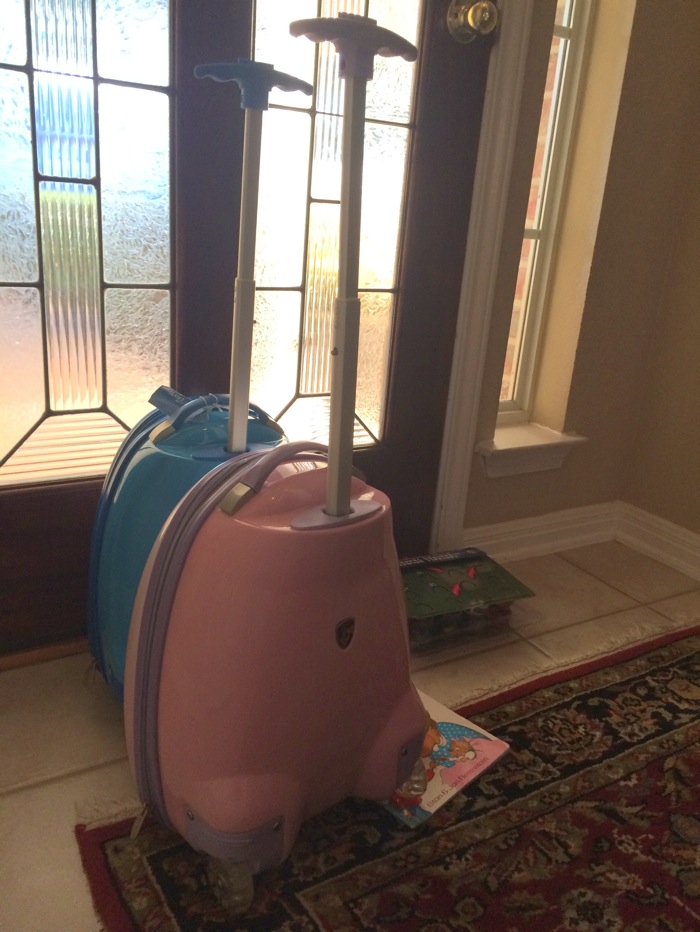 My sweet parents offered to take the kids for a night, which happened to be Valentine’s Day. We gladly took them up on it! 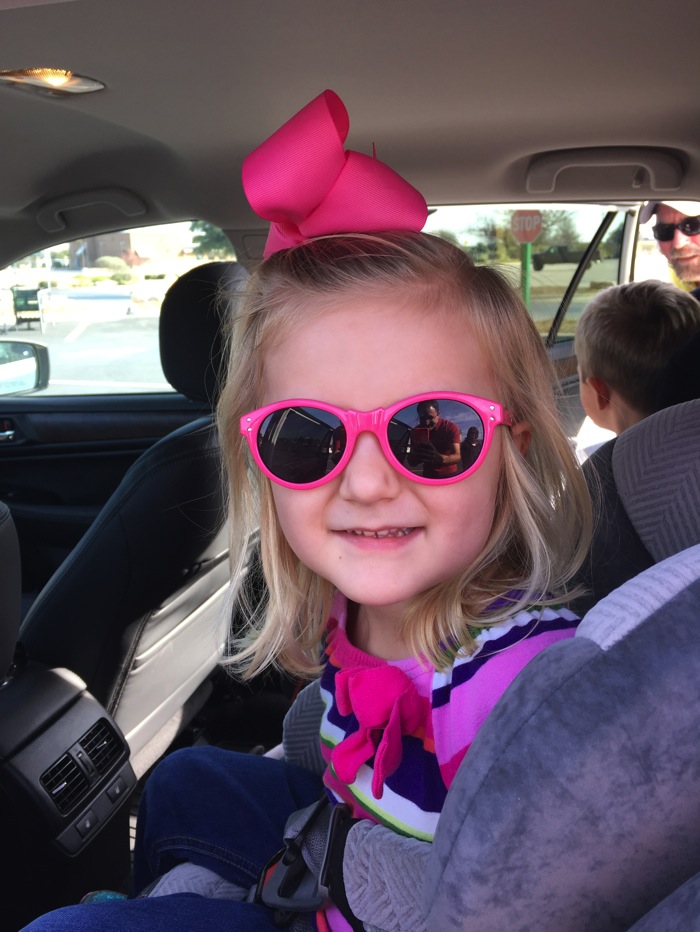 Matt and I had a chance to roam around a neighborhood in Austin that we really like. Yes, we (well, mostly I) have a dream of moving closer into the city. With the outrageously priced Austin housing market at the moment, we can’t make a move yet. But maybe one day. Regardless, it was a lovely morning to explore the neighborhood without the kiddos tagging along. And then the puppy got his own walk. 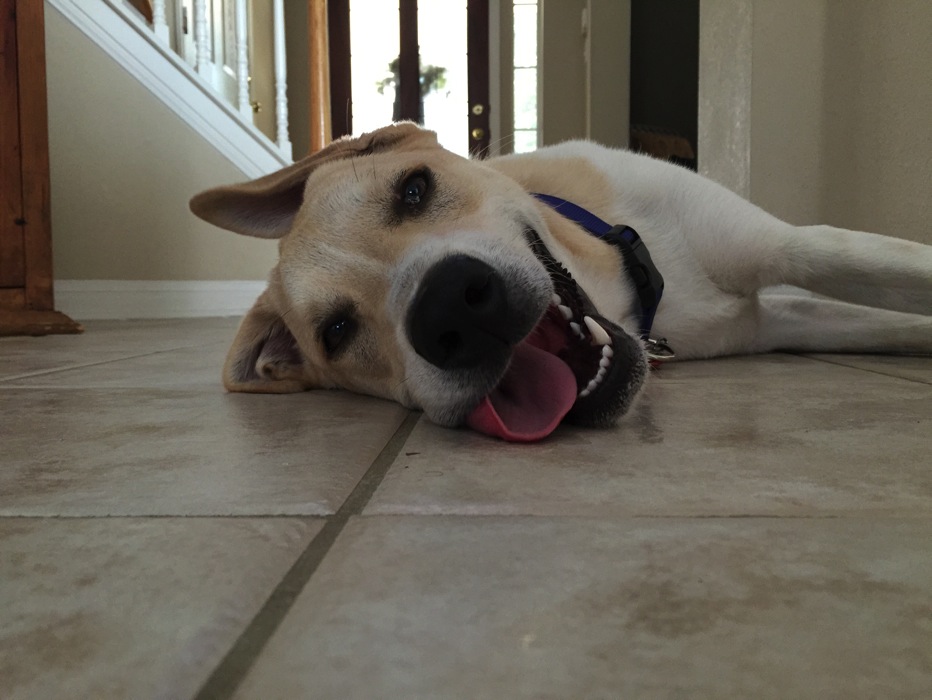 mostly because these kids wake up at 4:30 in the morning to climb in bed with them and snuggle. 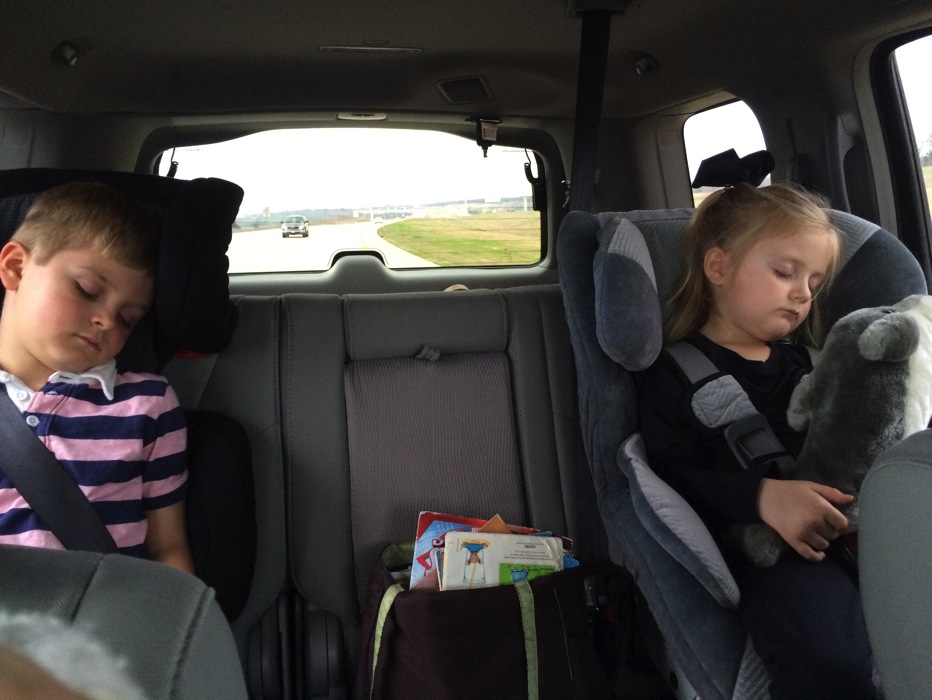 His way of greeting you. 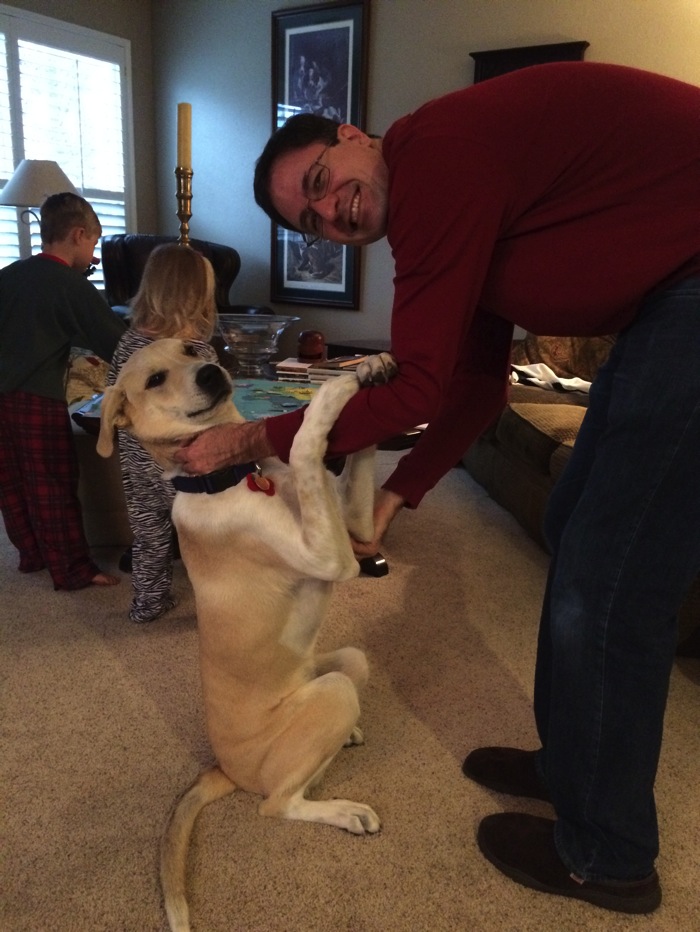 He is mammoth now. 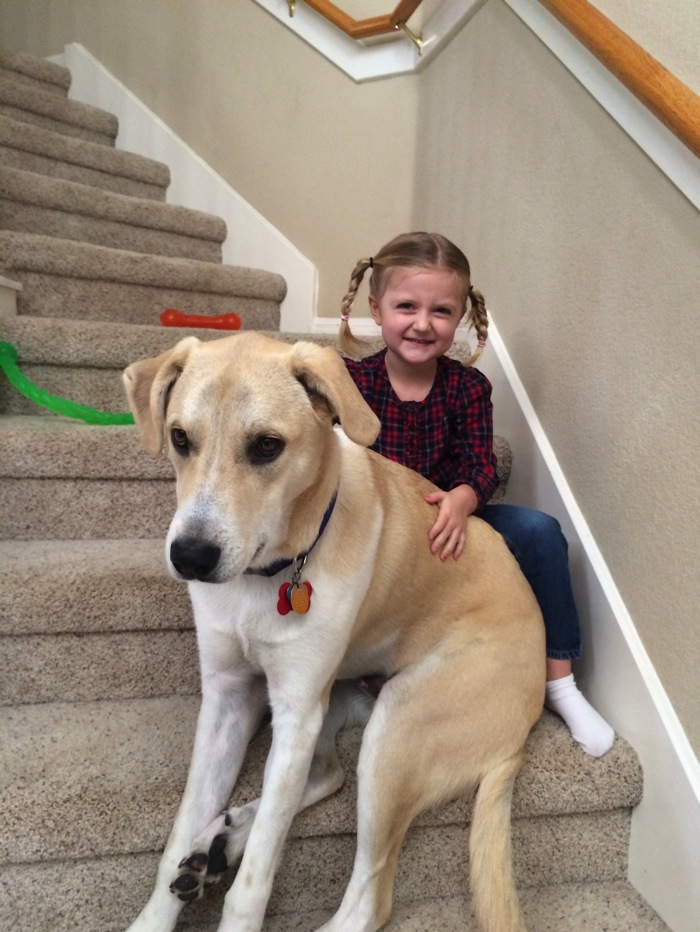 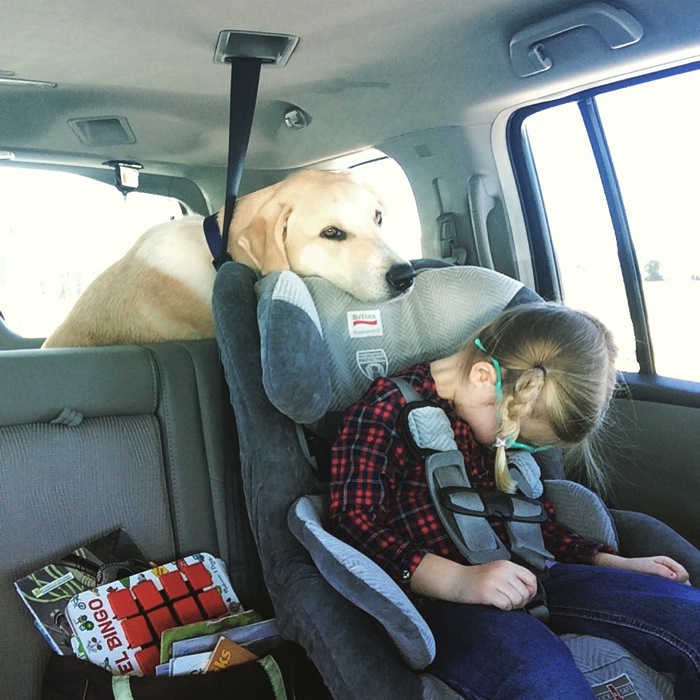 On the morning of Friday the 20th, Matt told me to be ready for a night out. He didn’t say where we were going or give any details about a babysitter that he supposedly lined up, but I was game! When he got home, he still wasn’t answering my questions about the babysitter and what to do for dinner for the kids. It was bewildering. Then I heard the doorbell ring with Matt saying, “Meghan!” I cautiously walked out of the bedroom and who was it but my Jillie!! She and her mom came to Austin for the weekend, and she had come to surprise me and sweep me away for a girl’s night out! I cried, yes I did. I was overjoyed to see my friend whom I hadn’t seen since the Fall. 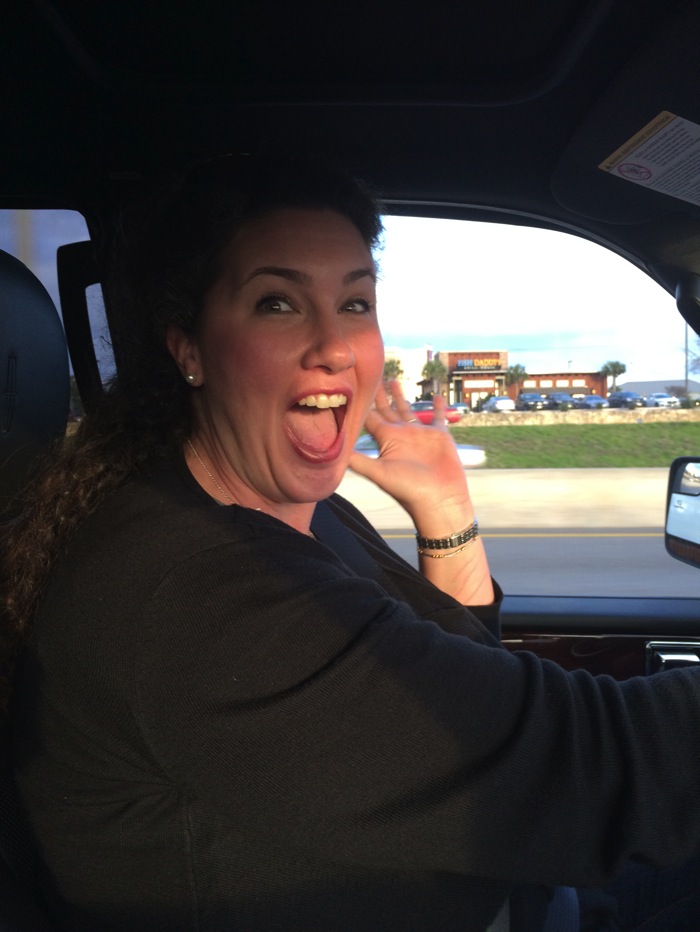 The three of us ladies went to Maudie’s and then Chez Zee for some incredible, delectable dessert! My tummy, and more so my heart, were filled with the gift of friendship.

“...and he (Wilbur) realized that friendship is one of the most satisfying things in the world.”—E.B. White from Charlotte’s Web. 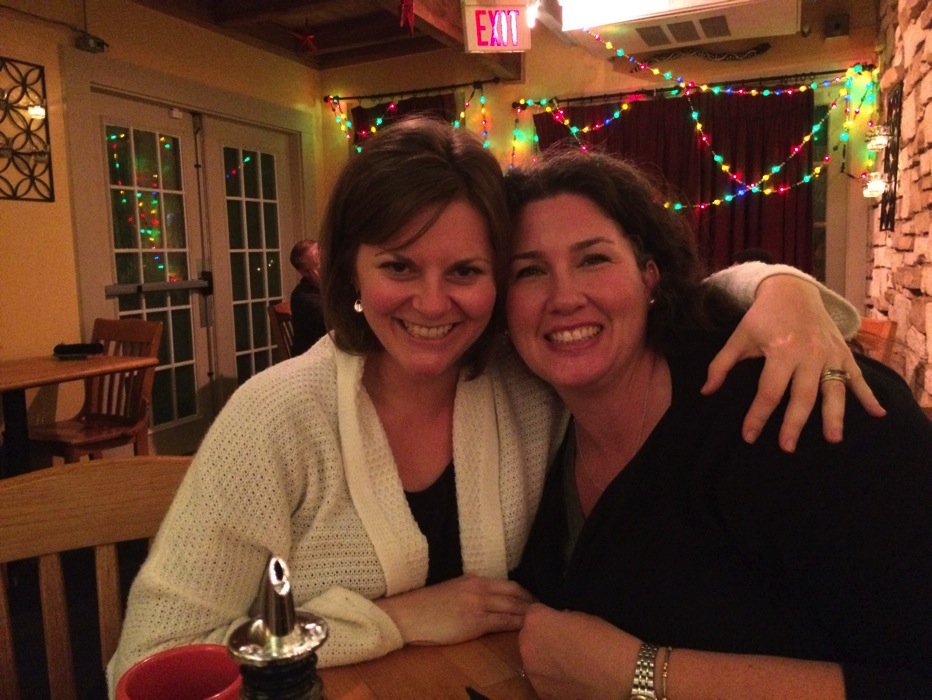 On Saturday the 21st, we went to the house on the new property and participated in the house blessing, a morning I want to remember as it was the first thing we did on the newly purchased property. Then on the 22nd we played hooky from church and drove to College Station for what was Brennan’s birthday present: Wild Kratts Live! We loaded up the car, Gatsby included; ate lunch at Lane’s (that made Mac super jealous); ran around a big field; and then thoroughly enjoyed the event. The kids still talk about how they saw the real Kratt brothers. 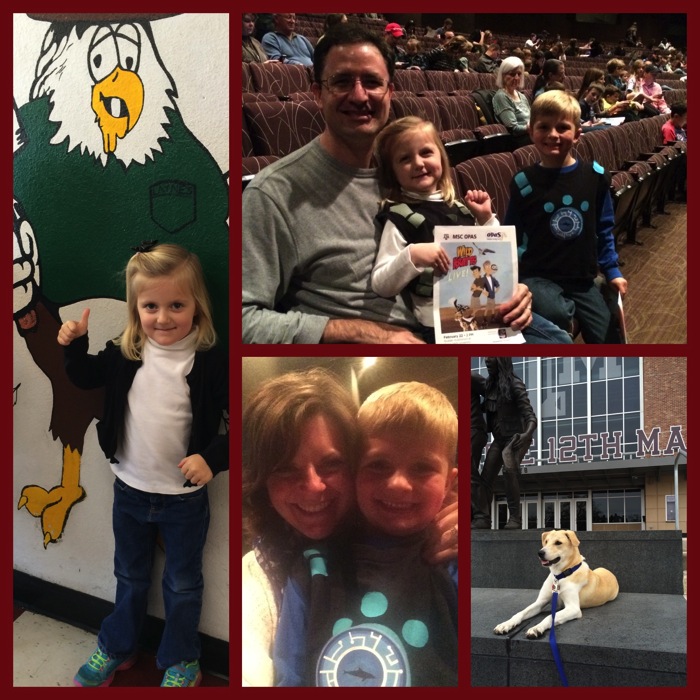 At least one of them will be an Aggie, perhaps?? 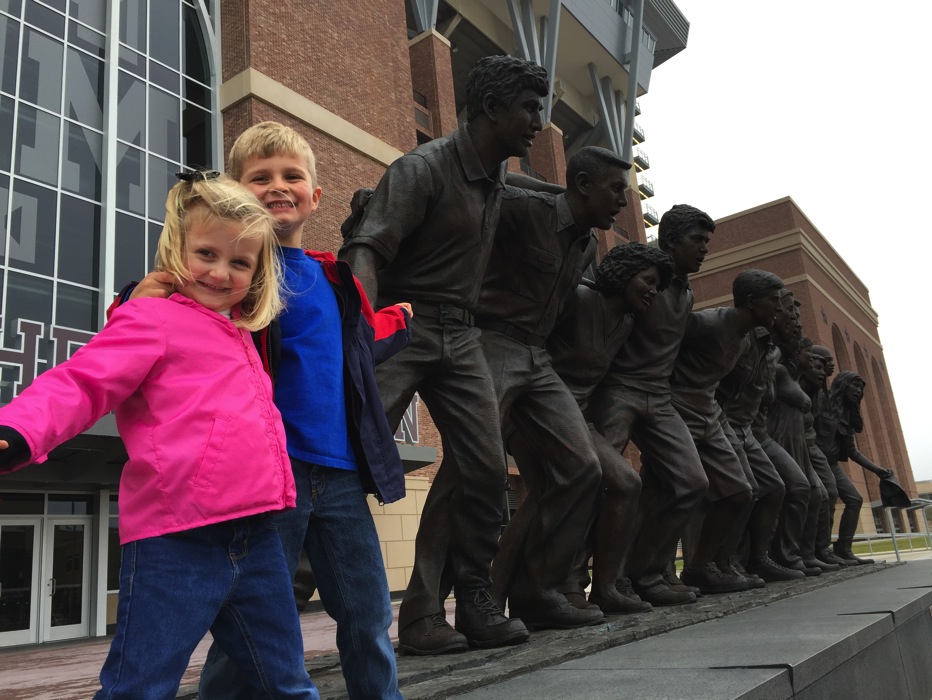 Yes, he climbs in the chairs like a person. And most of the time it’s to climb into your lap. 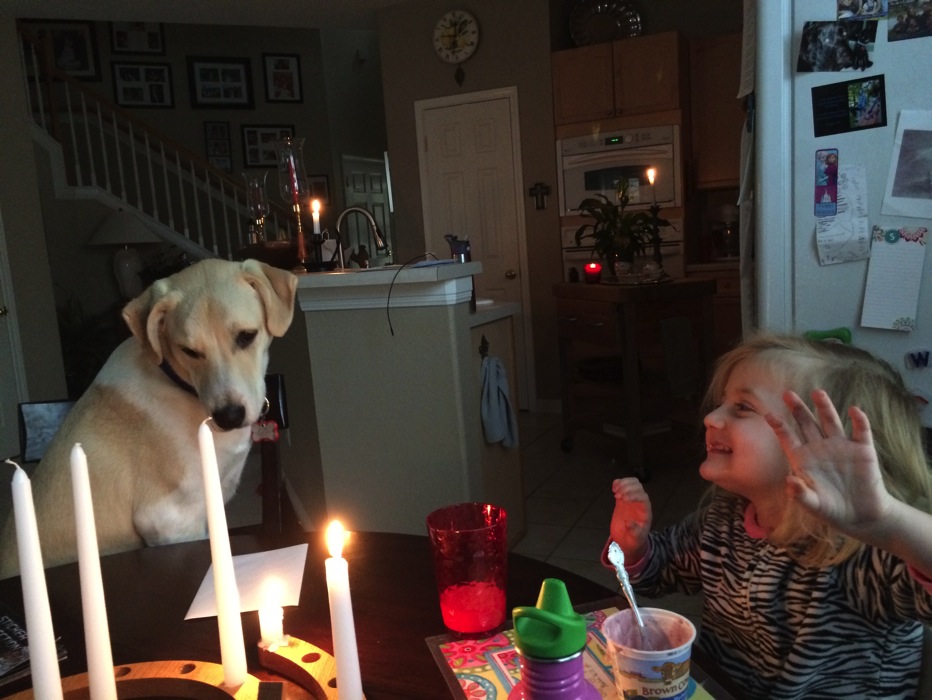 The last weekend in February, I was at our Missions Team retreat and Matt took the kids to UT for Brennan to see a swim meet. A kind gentleman started talking to them and telling them all about the facilities and the team. Turns out he was the former UT head swim coach and 2004 & 2008 Olympic coach, Eddie Reese. 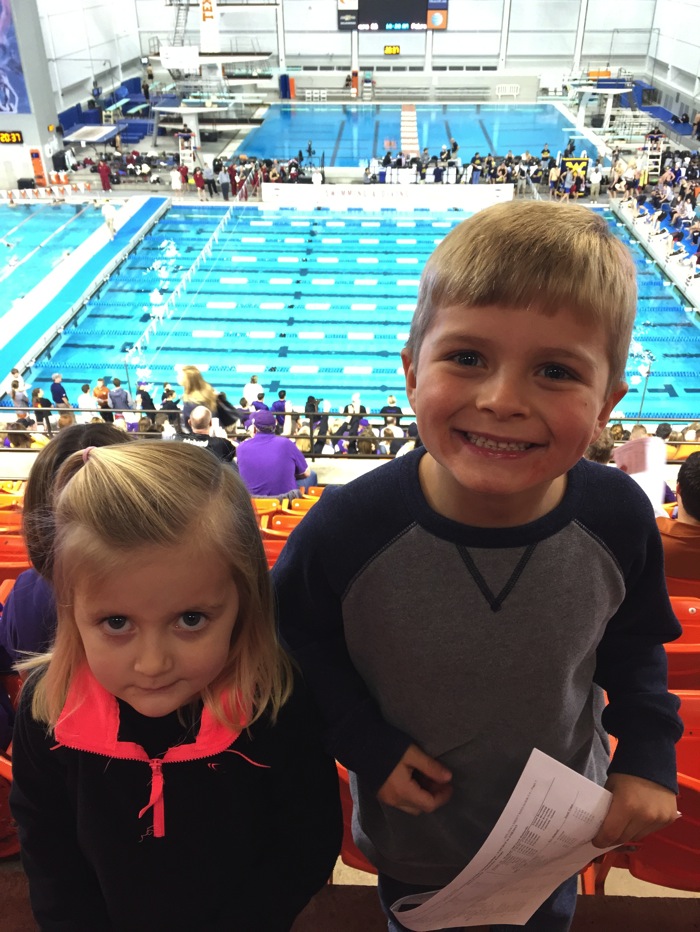